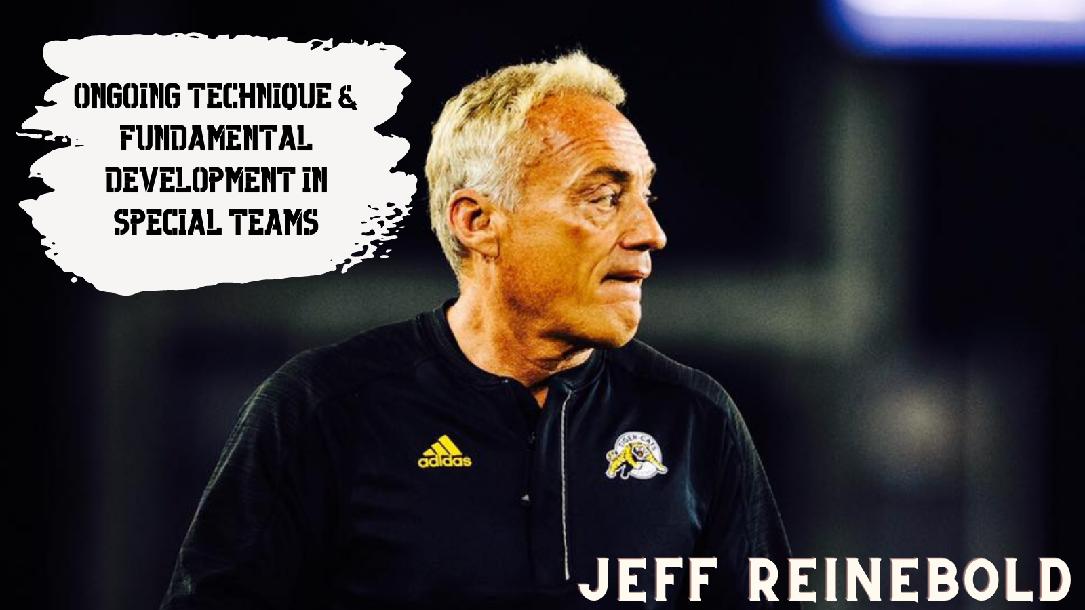 Coach Reinebold talks about demonstrates three fundamental tackling techniques that can develop and elevate your special teams. Shows an inside view of drills he implements into practice.

Reinebold has nearly 40 years of coaching experience, including 16 seasons in the CFL and six with the Tiger-Cats. He began his professional coaching career with the BC Lions of the Canadian Football League (CFL) as a special teams and receivers coach. That season, the Lions set a pro football record for passing yards.

Reinebold spent the previous five seasons with the Tiger-Cats, joining the team as Special Teams Coordinator in 2013 before adding the role of Linebackers Coach in 2014, and ultimately serving as Defensive Coordinator for the first-half of 2017. From 2013 to 2016 with the Tiger-Cats, Reinebold’s special teams and linebacking units had tremendous success both from an individual player and team perspective. Prior to joining the Ticats, Reinebold served as Defensive Coordinator for the Montreal Alouettes in 2012.