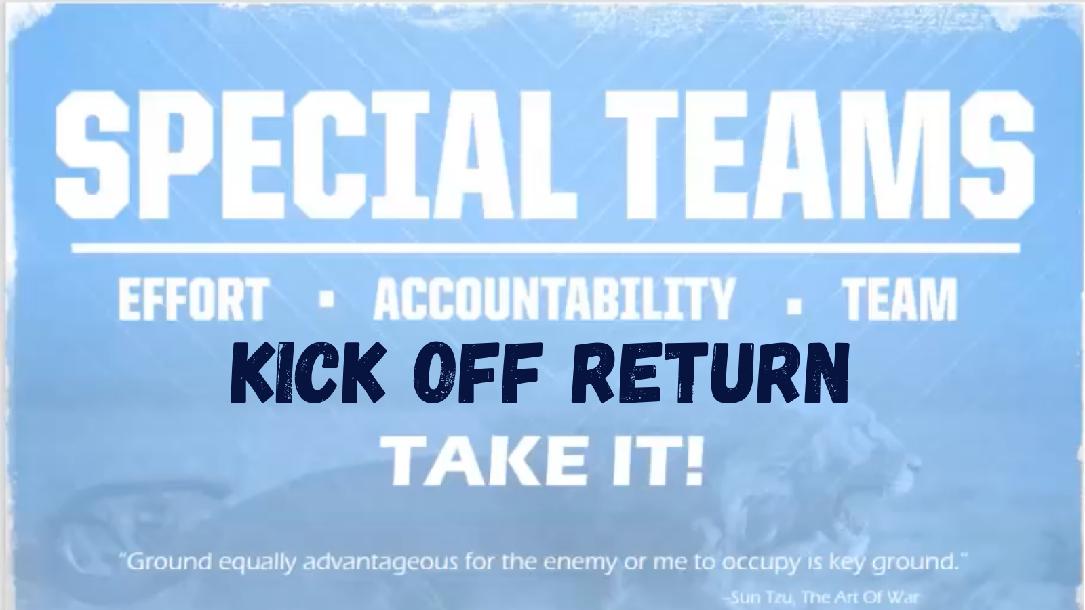 Coach Justin Stovall of Colombia University teaches us his philosophy, plays, and execution of the Colombia kickoff return.

Coach Justin Stovall begins his sixth season at Columbia University in the dual role as the Lions’ linebackers coach and special teams coordinator. He began his current appointment in March 2015.

In his five seasons at Columbia, Stovall has built a dominant and reliable special teams unit in all facets and a strong, dependable and athletic linebacker corps. Stovall’s units helped Columbia amass 14 victories combining 2017 and 2018, the program’s highest win total in consecutive years since the institution joined the Ivy League in 1956, and back-to-back winning seasons for the first time since 1961 and 1962.