Kevin Lewis - Philosophy, Technique and Play of the 4i Defensive End 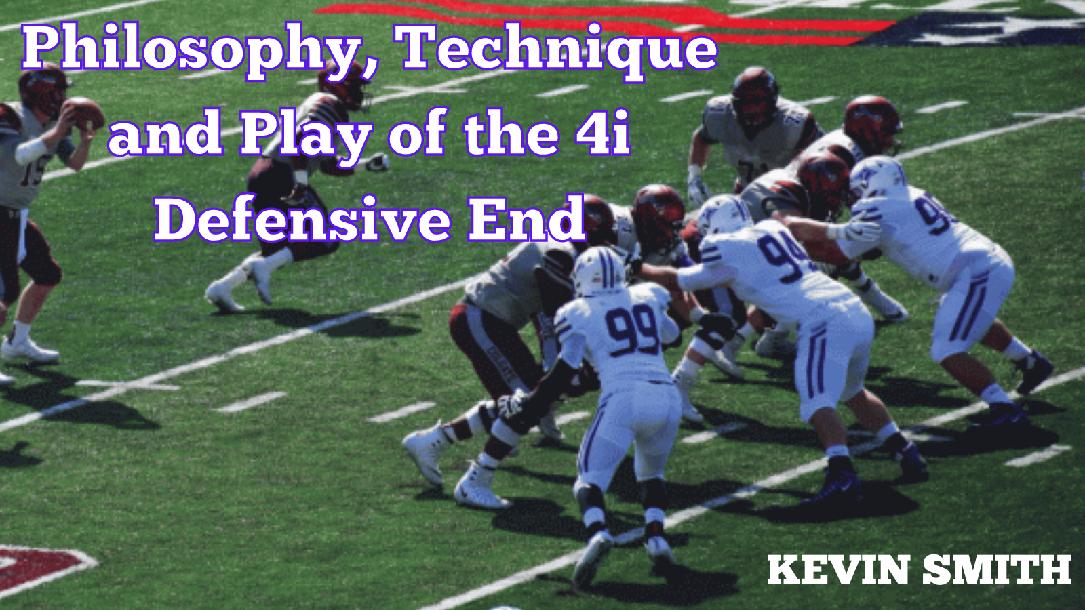 The Tite front is popular throughout every level of football now, and while most know how to align in it, little has been shared on coaching the 4i defensive end until now.  Furman University Defensive Line Coach, Kevin Lewis, shares the philosophy behind utilizing the 4i and breaks down reactions and techniques for defensive lineman.

Lewis joined Furman following one season at Army West Point, where he coached the Black Knights' defensive front. Prior to his stint at Army he served as defensive line coach at William & Mary for five years, where he mentored All-Colonial Athletic Association (CAA) selections each year, including All-American defensive end Mike Reilly. Honored as 2014 CAA Defensive Player of the Year, Reilly signed a free agent contract with the Cleveland Browns following a senior campaign when he ranked 13th nationally in sacks per game. Prior to his stop in Williamsburg, Lewis served as defensive line coach at Dartmouth for the 2012 and 2013 seasons. In his second year there he helped the Big Green rank ninth nationally in scoring defense. Lewis also coached three seasons at Richmond, where he served as the defensive line assistant for two years before being promoted to defensive line coach following the 2010 campaign. In addition to helping the Spiders post a 20-15 record, including an 11-2 mark in 2009 when Richmond reached the NCAA FCS Quarterfinals, he coached first-team All-American Martin Parker, who went on to help the New York Giants win the Super Bowl. A 2005 graduate of Virginia Tech with a degree in history, Lewis was a three-year starter who helped the Hokies win the 2004 Atlantic Coast Conference Championship and appear in four bowl games. He went on to play professionally with the Hamburg Sea Devils in NFL Europe and was invited to training camp with the Tampa Bay Buccaneers.

Any time I learn something new, its much appreciated!

Good course but video does not finish

Very useful for teams who play with a 4i tecnique

You just booked "Kevin Lewis - Philosophy, Technique and Play of the 4i Defensive End"