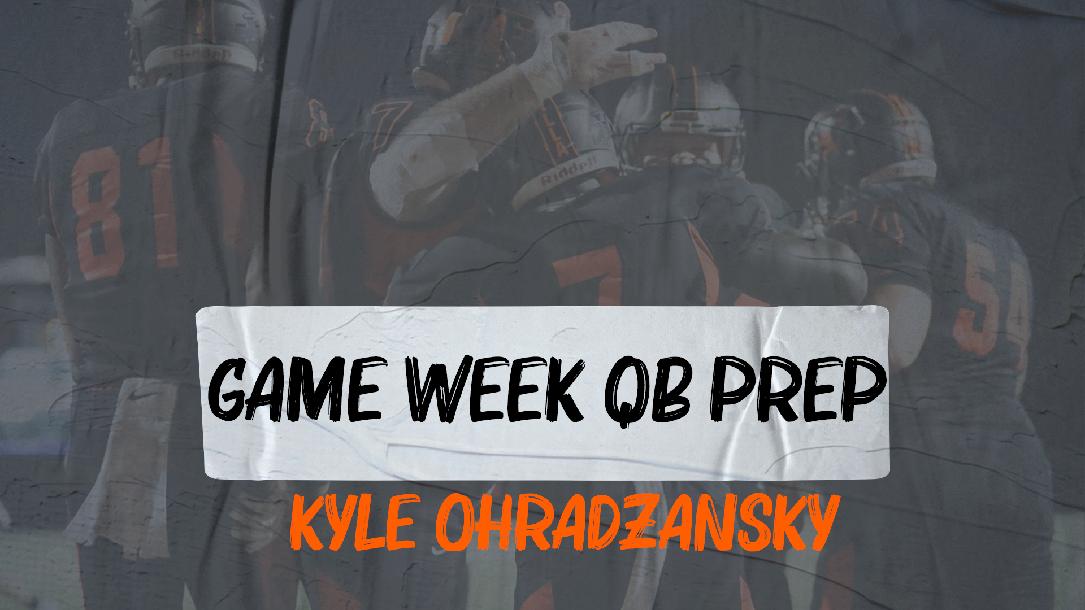 In this seminar Coach Kyle Ohradzansky, QB Coach and Offensive Coordinator at the Shippensburg University takes you through his regular practice week. Included in the course, Coach gives you an up-close look at some of his drills as well as how he scouts opponents on a weekly basis. If you're looking to learn how to better improve your QB room, this is the course for you.

Kyle Ohradzansky is now in his third season at the University of Findlay in 2020 after spending a pair of seasons as a graduate assistant for Findlay from 2016-17.  Coach will work with the quarterbacks and wide receivers for the Oilers.

The 2019 version of the Oilers offense scored 38 points per game and picked up 463 yards per game. Of Findlay's 11 offensive starters, nine were named all-conference selections, six of which were first team honorees. Coached by Ohradzansky, quarterback Matt Winzeler was named second team all-conference in his first season for Findlay. Winzeler threw for more than 2,500 yards and had 27 passing touchdowns.

In 2018, the Oilers offense scored 41.2 points per game, the highest in the region, and put up 494 yards per game. Findlay's 292 first downs ranked fourth in the country.

2017 was a special season for the Oilers as they spent most of the year ranked in the top-25 and earned the program's first trip to the NCAA Division II National Playoffs. Offensively, the Oilers led the country in first downs offense (359) and was the only team in college football, any division, to pick up 3,300 yards both on the ground and through the air. Allen helped orchestrate an offense that led the Great Midwest Athletic Conference in scoring offense (44.5 ppg), total offense (515.5 ypg), rushing offense (260.9 ypg), and time of possession (34:26).

In his first year as a graduate assistant with the Oilers', Findlay receivers totaled 2,933 yards, the second-highest total in the GLIAC for the year. Their 27 receiving touchdowns were also second in the league. For just the fourth time in program history, Findlay had a 1,000+ yard receiver, Jason Moore, who was eventually named first team all-GLIAC.

Ohradzansky graduated from Baldwin Wallace University in December, 2014.  He played football at BW for 2 seasons, winning the starting quarterback spot during the 2013 season before suffering a season-ending injury prior to the 2014 season.  During the 2014 season, Ohradzansky served as a student coach, breaking down film and assisting in the development of the offensive game plan.  He began his collegiate career at Lafayette College, where he redshirted for one season and played quarterback for one season.