Larry Laird- The Advantages and Reasons to Run an Empty Offense 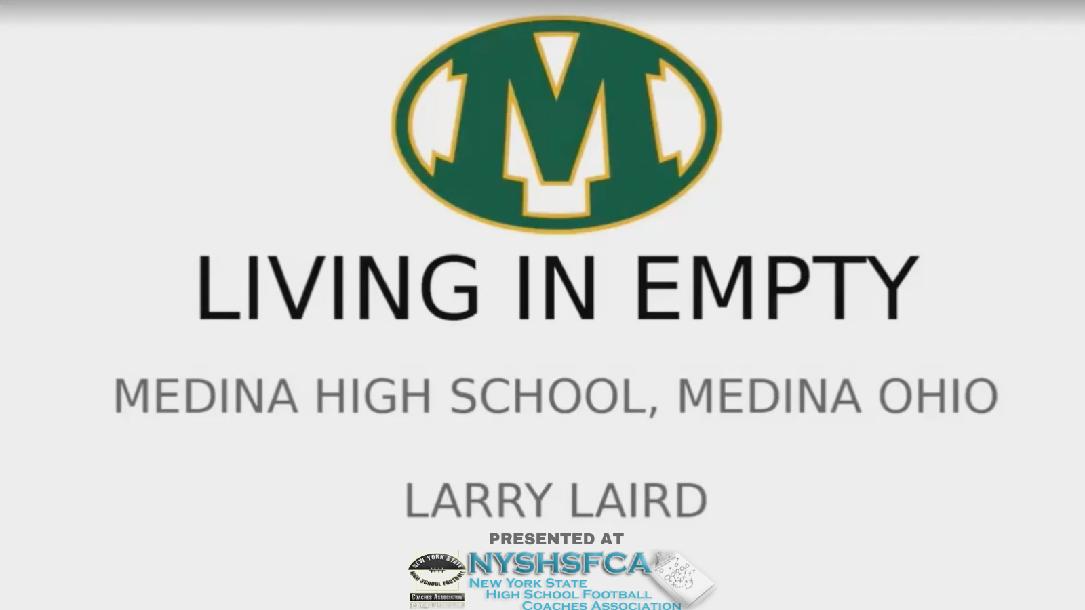 Laird, who spent one season at Medina, is expected to replace former head coach. Before coming to Medina, Laird was at Sutherland for five seasons under the tenure of Sutherland, in his best season the Bees had a record of 9-3 and finished second in the Greater Cleveland Conference and as the Division I, Region 2 semifinalists. Laird returns after one season when he led the Bees to their first playoff victory in 2010. Due to staff cuts he spent the ensuing years at Avon Lake and Strongsville. Before joining Medina, Laird won a state title as an assistant coach at Kenton from 2000-02. He then joined the staff at Avon Lake for eight seasons serving as the offensive coordinator, winning the Division II state title in 2003 and was runner-up in 2004.  The team earned 11 playoff berths during his time as an assistant. Laird spent the past three seasons at Strongsville where he was 13-17 as head coach.

ELIMINATE DEFENSIVE PLUS ONE - Gain Advantage on Offense by #PoweredUp Clinics
Views: 6197
(2) $20