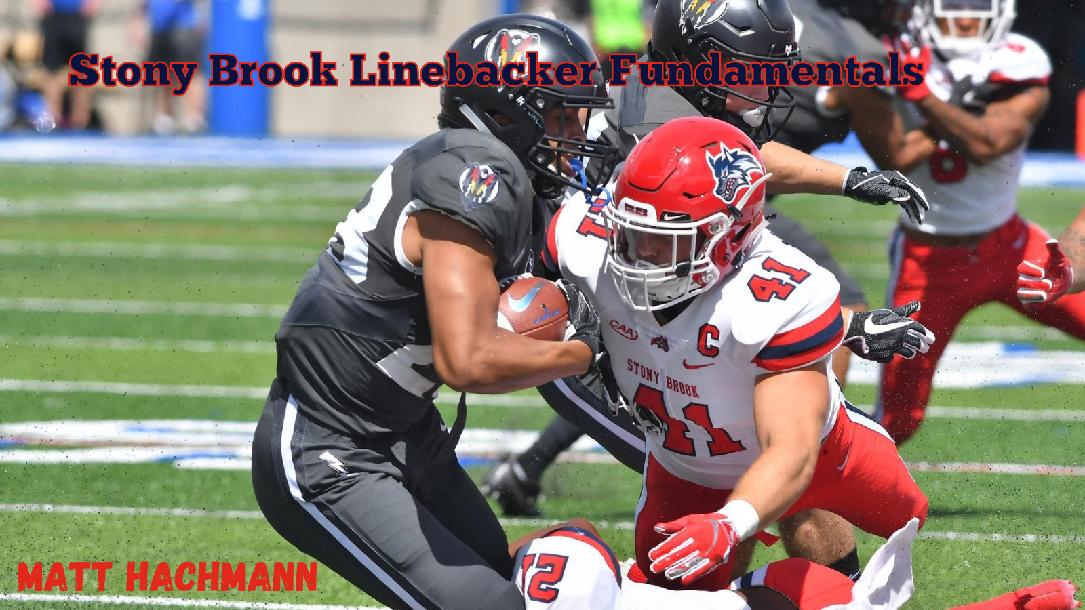 In this course, Matt Hachmann, Defensive Coordinator and Linebacker coach of Towson University goes in deph on the drills, fundamentals, and techniques he enstills in his linebacker core including:

Footwork for the run

Footwork for the pass

Defensive Coordinator Matt Hachman is in his second stint at Stonybrook.  He helped the Seawolves to back-to-back FCS Playoff appearances in 2017 and 2018.

Prior to his first go-around at Stony Brook, the Queens, N.Y., native spent eight seasons at fellow CAA Football member Towson as the defensive coordinator and inside linebackers coach. Along the way, Hachmann helped the Tigers to a pair of CAA championships in 2011 and 2012 and a trip to the FCS National Championship game in 2013.

Hachmann also spent nine seasons at Lafayette College, the final eight coaching the linebackers.  During his time with the Leopards, he spent four seasons as the special teams coordinator and two seasons as the recruiting coordinator.

He helped to build the Leopards into one of the top teams in the Patriot League.  From 2004-2006, the Leopards won three consecutive Patriot League championships.  LC posted back-to-back 8-4 seasons in 2004 and 2005, falling in the first round of the playoffs each season.

Hachmann joined the coaching profession in 1994 when he was a recruiting assistant at Northwestern University.  After one season, he moved on to Northern Illinois where he served as a graduate assistant offensive line coach for two seasons.

He would later spend two seasons working with the offensive line at Oklahoma before becoming the Director of Football Operations at Maryland in 1999.