Multiple Fronts and Stunts in the 4-3 Defense 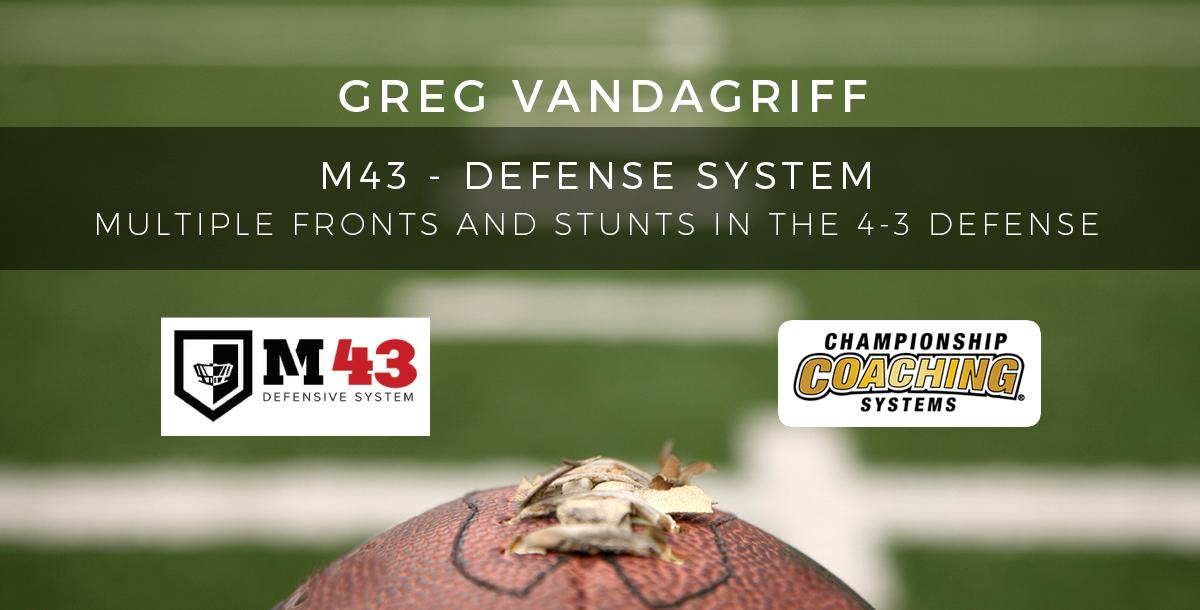 As a young graduate assistant, Greg Vandagriff earned his chops under the tutelage of former NFL head coach and current Tampa Bay Defensive Coordinator Mike Smith in a program that TCU head coach Gary Patterson helped build.  At Tennessee Tech, Coach Vandagriff learned the best of the 4-2-5 from Coach Patterson's lasting influence on that program while being mentored in the 4-3 by Coach Smith, one of the NFL's best defensive minds.  Coach Vandagriff has meshed all of these experiences together to create the M43 defense, a multiple even front defense.  In his 10 years as DC at Woodward Academy in Atlanta, Coach Vandagriff's defenses has surrendered less than 13 points a game.  Join coach Vandagriff in this course as he clinics coaches about the flexibility of his M43 defense and its multiple fronts and stunts to frustrate any offensive scheme.

Greg Vandagriff has been coaching football for the past 25 years. He began his career coaching as a graduate assistant at Tennessee Tech University in 1990. Others who served on that staff are current NFL coaches Gerald Brown (Falcons RB) and Atlanta Falcons Head Coach, Mike Smith. After receiving his Masters degree, Greg served as the Defensive Coordinator and Head Baseball coach in Baton Rouge, Louisiana at Christian Life Academy. After 5 years there, the football team amassed a record of 50-13 and the baseball team was 97-37. Having received a better opportunity, he moved to Georgia and served as a Head coach at Campbell and Kell High Schools, three years each.

In April, 2016, Coach Vandagriff was named as the new head coach for Prince Avenue Christina School. Prior to that, he served as the Defensive Coordinator at Woodward Academy for the past 10 seasons. Since they have progressed to their "check with me" defensive philosophy, their defensive units have been ranked in the top ten in the state. Also, Coach has been speaking for the Glazier Clinics for the past 15 years and consistently is rated as one of the top ten High School Defensive Speakers in the country.

Coach Vandagriff runs the Multiple 43 defense that he has modified and developed to be easily implemented into any school or program. The past six seasons, his defensive units have surrendered only 12 points a game during the regular season. His defensive philosophy allows coordinators to have enough ammunition and answers to have success against all of the offensive philosophies that we currently face on a weekly basis. The adjustments are easy and simple and thus the players are able to play fast and aggressive. He addresses short yardage and long yardage situations with consistent concepts that allow the teaching process to flow through all facets of the defense.