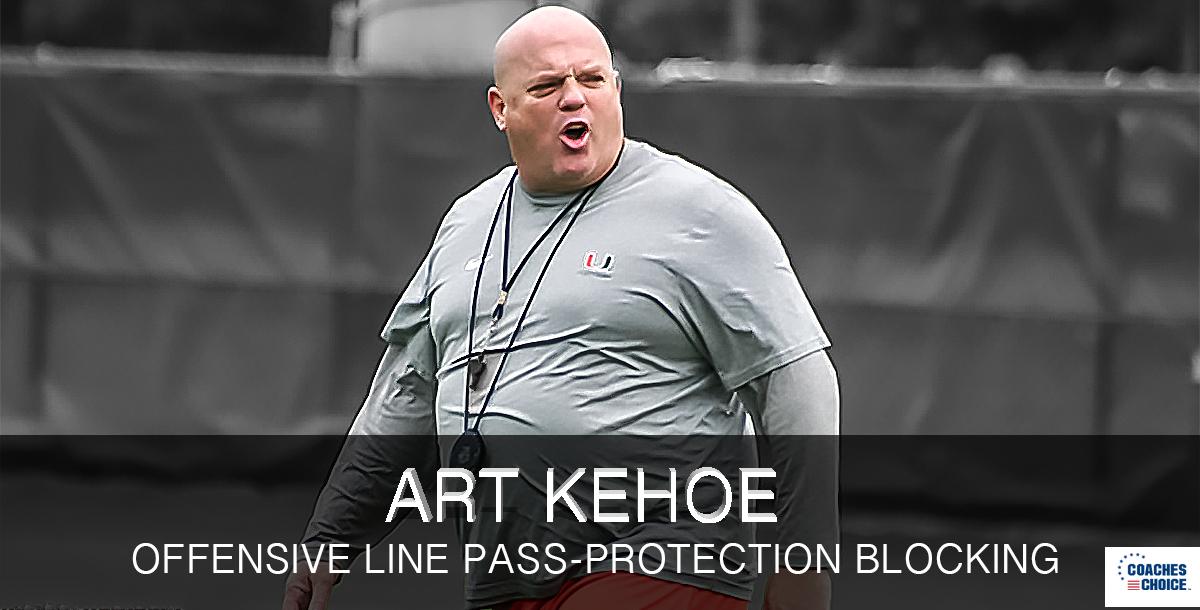 In Offensive Line Pass-Protection Blacking, Coach Art Kehoe utilizes knowledge gained over twenty years with the University of Miami as a player and coach to provide instruction on coaching pass protection principals. This instructional coaching course details Kehoe's theory of how to effectively protect the passer and what techniques to teach your offensive linemen in order to carry it out. The course also features a series of drills designed to make young players better with their hands and feet in order to provide better pass protection.

Art Kehoe is the assistant head coach and offensive line coach at the University of Mississippi, a position he assumed in 2006. Prior to joining the Rebels’ staff, he coached at the University of Miami for 25 years. A 1982 graduate of the University of Miami, where he was a two-year letter winner as an offensive guard and served as the Canes’ offensive captain in his senior season, he began his coaching career at his alma mater in 1981 as a student assistant. During his tenure working with the offensive line at UM, Kehoe produced six players who received first team All-American honors, plus 18 more who went on to play professionally, 14 All-Big East honorees, one Outland Trophy winner, and the 2002 Rimington Award winner. Kehoe served on the staff of all five UM football national championship teams. Two Heisman Trophy winners and six of the eight 1,000-yard rushers in the history of Miami football passed or rushed behind the blocking of Kehoe’s offensive linemen. Kehoe is widely respected as one of the top assistant coaches in the game.