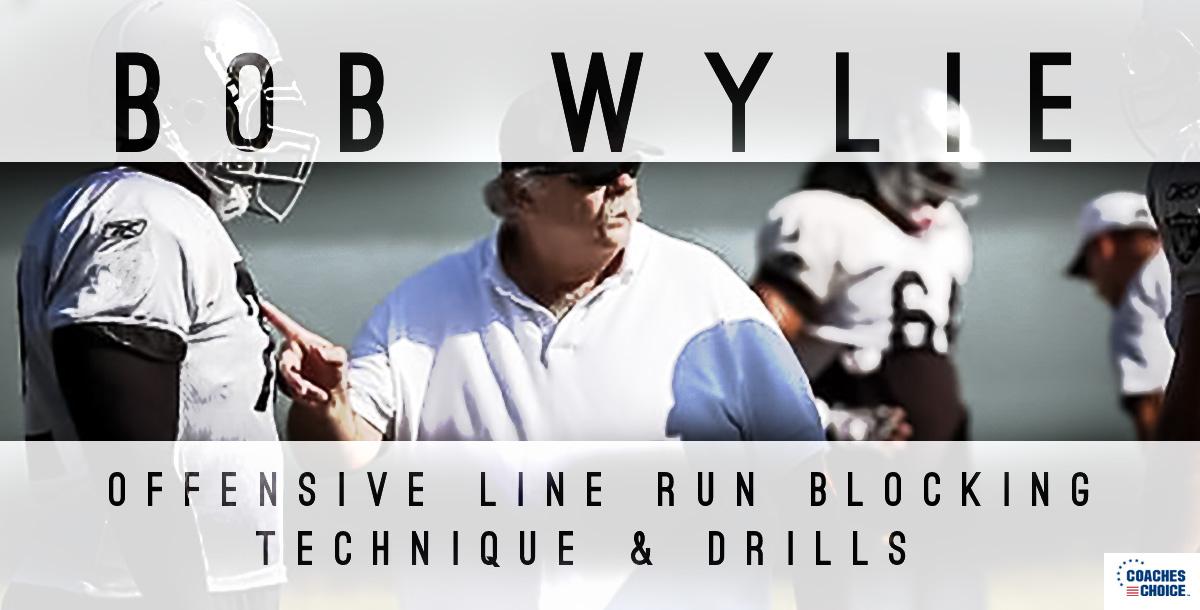 Offensive Line Run Blocking Technique & Drills provides an overview of the key factors involved in successful run blocking by the offensive line. Featuring the only coach in the NFL who has coached at all competitive levels (Pop Warner, high school, college, CFL, and NFL), this course reviews the concept of leverage and explains how offensive linemen can get into the proper position to exert the maximum amount of power. This course also discusses and demonstrates the correct way for offensive linemen to leave the line of scrimmage on the snap of the ball. In addition, this course includes several drills that coaches can use to develop the run blocking skill level of their offensive linemen.

Bob Wylie is an American football coach who is currently the offensive line coach for the Winnipeg Blue Bombers of the Canadian Football League. Previously he served as O-line coach under head coach Hue Jackson for the Oakland Raiders. Bob Wylie, who owns more than 30 years of coaching experience, was named The Oakland Raiders offensive line coach on February 1, 2011. During his first year with the Raiders, the offensive line improved from 29th in the NFL in 2010 to 4th in 2011 in total sacks allowed and 7th in sacks per pass play. The line also improved in rushing yards from 3.1 yards on 1st down to 4.9 yards and had the leading rusher up to the injury which sidelined RB Darren McFadden. The Raiders finished the season ranked 7th in total rushing yards, 6th in number of 10+ yards rushing plays, 2nd in number of 20+ yard rushing plays, tied for 3rd in rushing plays of over 40 yards and tied for 8th in rushes over 50 yards. In addition, the Raider’s offensive line cut QB hits in half going from 121 QB hits in the 2010 season to 62 QB hits in 2011. The line was 91% efficient on the Goal line and 86% efficient in short yardage. The Raiders were 1st in 2min scoring points and only gave up 2 sacks. The line only gave up 12 out of the 25 sacks in 2011.

Excellent breakdown and explanation of each phase of the run blocking techniques and drills.