QB Drills and Techniques in the Air Raid: Phil Longo 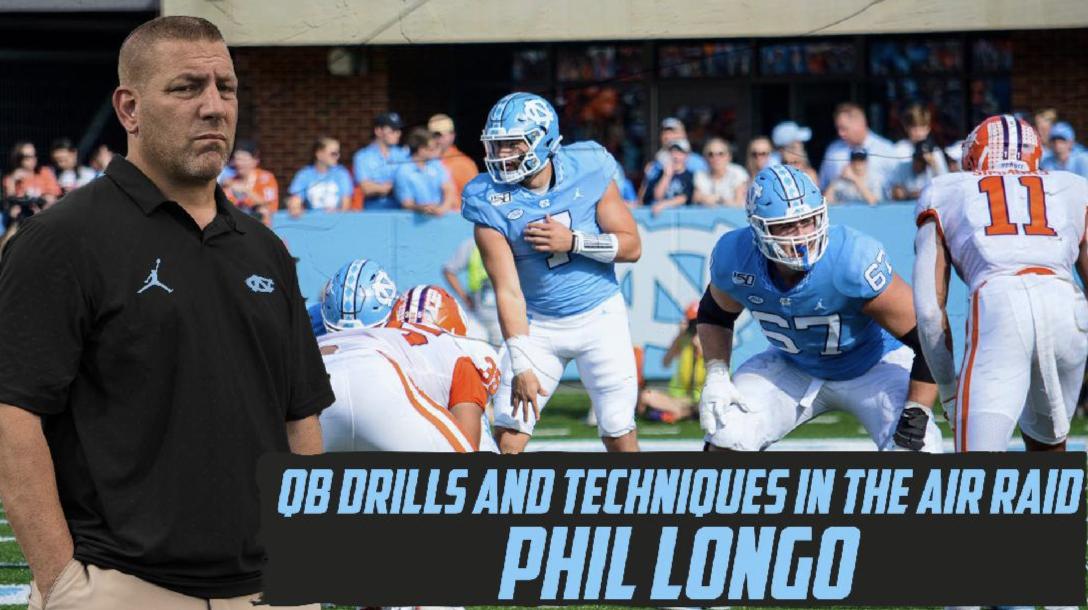 This Course offers an Overview of:

Coach Phil Longo has 30 years of coaching experience on his resume. He joined the University of North Carolina's football staff as the offensive coordinator and quarterbacks coach late in 2018.

Before coming to UNC, Coach Longo was the offensive coordinator at Ole Miss for two seasons and produced top-20 units during his tenure there.

Prior to arriving at Ole Miss, Longo engineered one of the nation’s best FCS offenses at Sam Houston State. He guided the Bearkats to the FCS Playoffs in each of his three seasons.

Great perspective on quarterback drops . The concepts and reasoning are very relevant and makes sense .

Liked the the progression of the course. Very useful to see drills and in game footwork. Also liked that he brought in specific anecdotal evidence for why this footwork was beneficial. Going to keep track of stats from last year vs. this year to see if they hold true as we implement more air raid footwork.

You just booked "QB Drills and Techniques in the Air Raid: Phil Longo"