Red Zone and Goal Line Defense in the 3-4 Defense 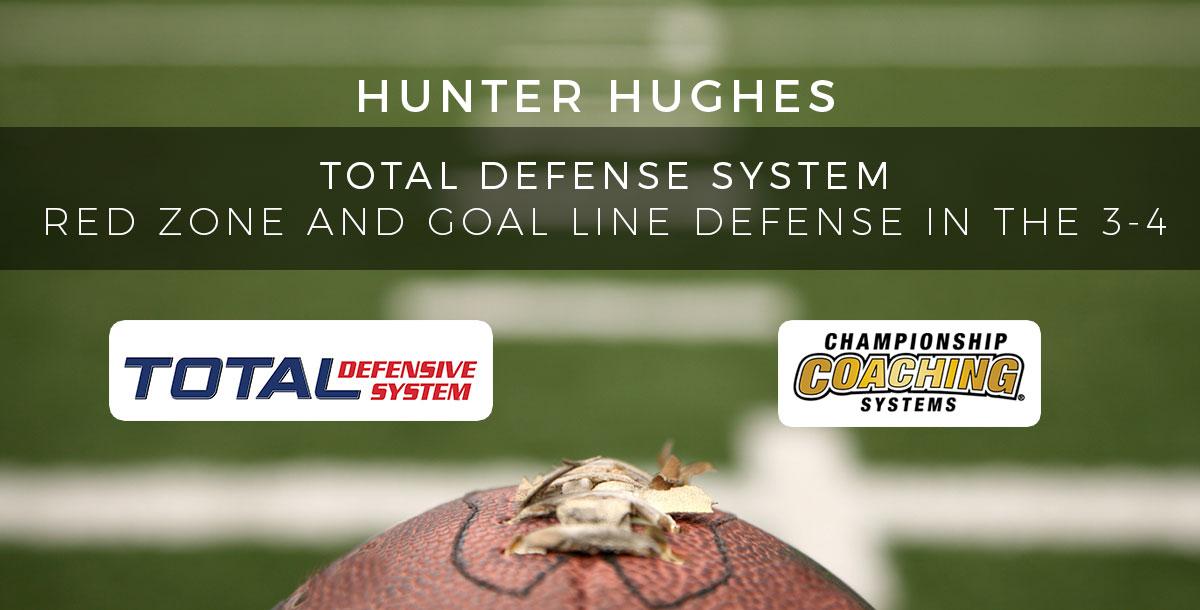 Coach Hunter Hughes' defenses rank among the top 5 in scoring defense defense year in and year out.  Coach Hughes has perfected a system that only gets tougher when the opposing team nears the end zone.  His easy to learn, install, and execute system takes advantage of the reduced field leaving the opposing offense with little options other than kicking field goals.  Join Coach Hughes in this course as he clinics other coaches about the details of his Red Zone Sit Coverage and his Goal Line package.

In December of 2016, Hunter Hughes was introduced as the head football coach for the West Texas A&M Buffaloes from the NCAA Division II Lone Star Conference.

Prior to being named head coach for the Buffs, Coach Hughes spent nine seasons as CSU-Pueblo’s defensive coordinator, helping forge the CSU-Pueblo defense since the program’s reboot in 2008. Coach Hughes consistently put defenses on the field that both lead the RMAC and ranked among the top units in the nation.

One of the most decorated Division II coordinators in the nation, Hughes was the recipient of the FootballScoop.com Division II Coordinator of the Year award in 2011, due in large part to the performance of CSU-Pueblo’s punishing defense during its 11-0 regular season. The ThunderWolves allowed a national-best 10.33 points per game in 2011 and intercepted the ball 26 times, also best in the country.

The performance of the 2011 team under Hughes’ leadership was certainly not an anomaly - in the ThunderWolves’ first four years of existence as a program, the team finished in the top 25 nationally three times (including a finish of 9th in the nation in 2010) in points allowed. More recently, Coach Hughes led the ThunderWolves defense as the team won the NCAA Division II National Championship, making him a finalist for D-2 Coordinator of the Year.

Hughes’ defense was the first team in 17 years to shutout their National Championship opponent. They also finished nationally ranked including:

Hughes rose through the ranks as a coaching assistant with two of the most prestigious Division I football programs in the country: University of Colorado and the University of Tennessee.

Concepts are so concrete and real I love them....