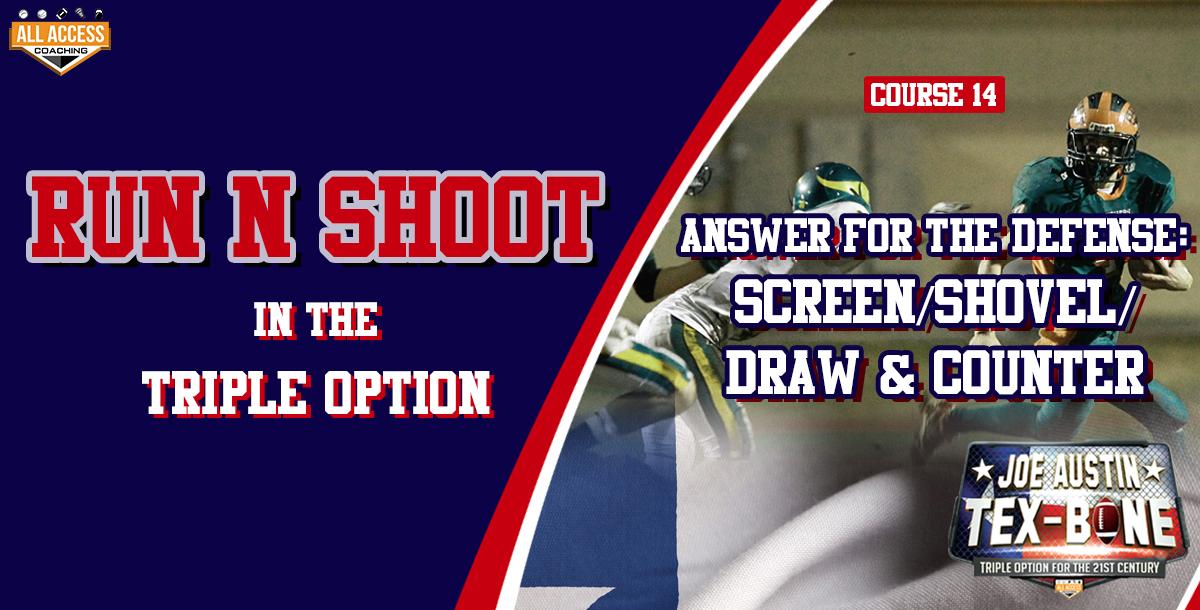 Tired of defenses putting 10 in the box to stop your triple option run attack? Do you need to spice things up a bit?  Throw the ball more? Then this course is for you. This is the third of a 3-course series by Southwestern University head coach Joe Austin.

WHAT IS THE TEX-BONE? The Tex-Bone is triple option for the 21st century. Combines traditional option with modern spread into a Texas-sized offense that leaves defenses scrambling to cover it.

Head Coach Joe Austin rebuilt the football program at Hanover College before re-starting the program at Southwester University (TX) that was the dormant for 62 years. In 2016 Austin guided the Pirates to an undefeated 6-0 record in the Southern Collegiate Athletic Conference (SCAC). The championship marked the team's first football championship since 1941 and the team's 7-3 overall record was the best in more thean 70 years, earning Austin the conference's Coach of the Year award.