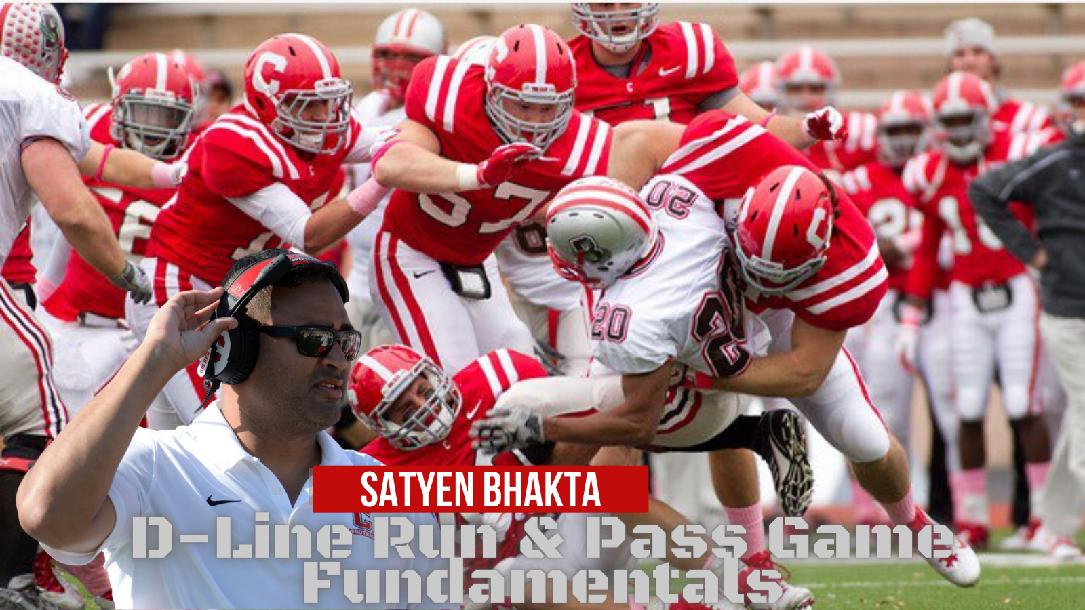 In this course, Satyen Bhakta, Assistant Linebacker and Defensive Line Coach of Cornell University,explains the defensive line "musts" and goes in depth on the drills and techniques he teaches to develop better run game and pass rush fundamentals.

Satyen Bhakta joined the Big Red in 2013 and has been a steady presence on the sidelines for the Big Red while working with the linebackers in his first three seasons and the defensive line the last four. He took over as the program’s recruiting coordinator in 2015 and has helped yield top classes in the Ivy League ever since.

In his first four seasons working with the defensive line, Cornell’s sacks increased and opponent’s yards per carry dropped. Jordan Landsman, Cyrus Nolan and Mason Banbury all developed into All-Ivy League candidates, while Seth Hope twice made the Capital One Academic All-America team, including capturing first-team honors in 2017. The team's 80 sacks over the last four years are the most in a four-year span since registering 83 from 2004-07.

In 2019, Cornell allowed its fewest rushing yards since 2005, more than halved the number of rushing touchdowns allowed from 2018 and matched the program's highest number of tackles for loss (55) since 2009.