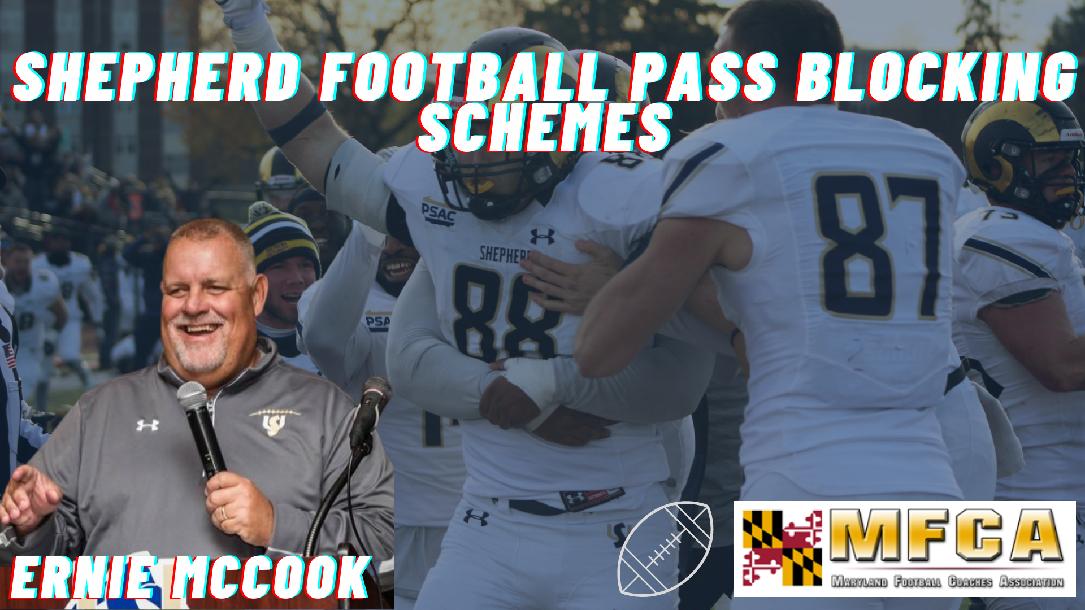 Pass blockers have arguably one of the most demanding jobs. Protecting the quarterback, giving them enough time to do what they have to do. Unless you're equipped with a dual-threat quarterback, great pass blockers are absolutely necessary. Schemes typically refer to all linemen blocking in one direction and stopping anyone who enters the gaps. Having great pass blocking schemes will elevate your offense tremendously.

In this course, Coach Ernie McCook discusses pass blocking schemes, the Shepard way. He talks about the fundamentals required to be successful in the pass block. Coach breaks down power angles, hand&head movement as well as footwork. Coach McCook demonstrates the schemes he implements into this team.

Simply click the ‘Book This Course’ button at the top right of this page, place your order, and you’ll immediately be logged into the training with full access. Take a look into Coach Ernie McCook's pass blocking schemes today!

Ernie McCook enters his fourth season at the helm for the Rams after being named the head coach at Shepherd on January 24, 2018, after serving as an assistant at Shepherd for 18 years.

McCook led Shepherd to a 10-3 mark and an NCAA II playoff appearance in its first season of competition in the Pennsylvania State Athletic Conference (PSAC) in 2019. Shepherd gained the team statistical champion honors in passing yards per game (347.0) while ranking third in completion percentage (.703), fifth in first down offense (324), and sixth in total offense (507.0). Additionally, quarterback Tyson Bagent was the NCAA II statistical champion in passing yards per game (362.4) and completions per game (28.58).  Shepherd had a 1,000-yard rusher (Deonte Glover, 1,359) and a pair of 1,000-yard receivers (Dylan Brewer, 1,234 and Devin Phelps, 1,104) for only the second time in program history.

McCook led the Rams to a 7-3 mark in 2018. His seven wins tie Shepherd Hall of Famer Walter Barr for the second-most by a first-year head football coach at Shepherd. Additionally, freshman quarterback Tyson Bagent set numerous passing records in his first season as signal-caller for the Rams.