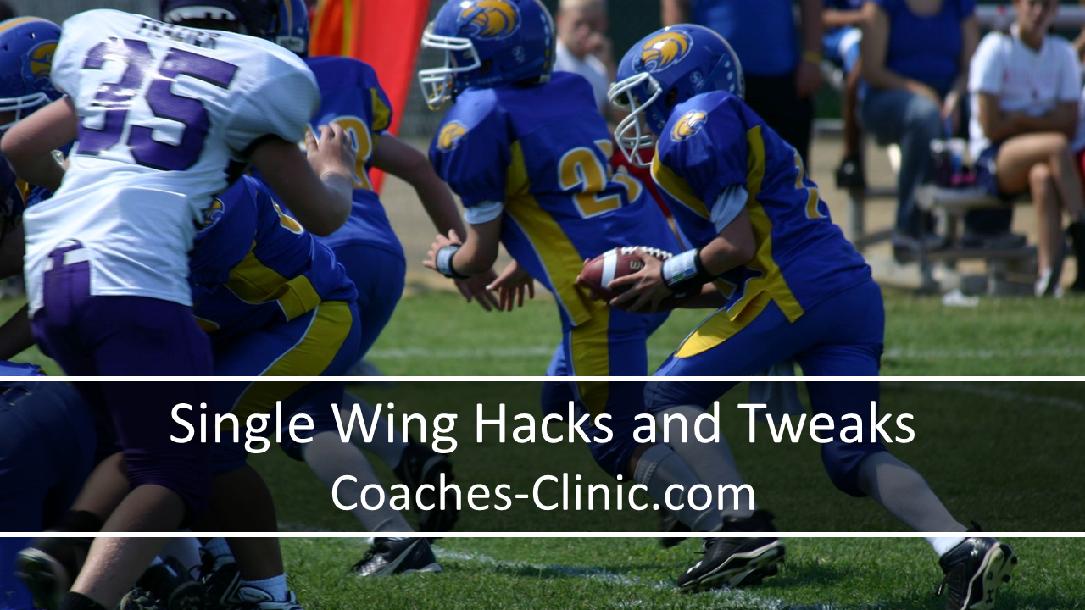 Coach Rob Rhodes, Coach Bruce Eien, Coach Nathan Keen discuss various Hacks and Tweaks they have made to the versions of the Single Wing Offense they run.

Rob Rhodes is one of the founding members of Coaches-Clinic.com and a self-professed youth football addict. For the past 9 seasons his teams have utilized the Winning Youth Football Single Wing System from the 1st – 8th grade levels.  During this time, he has been a part of teams that have reached the league championship 5 times winning 3.

Bruce Eien is a veteran coach of 30 years, 17 years as a head coach and 26 as an offensive coordinator. In his career he has had the privilege to coach many D1 and professional athletes and coaches. Using a variety of offensive schemes over his career Bruce has developed a simple to install but difficult to defend offensive systems. He has presented these systems over the internet for the last 20 years and is one of the original Coaching website pioneers, starting with his BC Warrior and Chuck n Duck websites. He has expanded his web presence with his new coaching blogs and YouTube channel. He has presented at numerous clinics, published in coaching magazines and produced two coaching videos series through Championship videos and coaches choice. He was the facilitator of West Coast Single Wing Conclave and and avid member of the Single Wing community. All of these accomplishments have been documented under the umbrella of his coaching website of bruceeien.com. Bruce has a passion for helping other coaches advance in their coaching development.

Coach Keen has spent 16 seasons coaching Football at both the Middle School and Youth levels.  Of those 16 seasons, 11 have been running the Single Wing Offense.