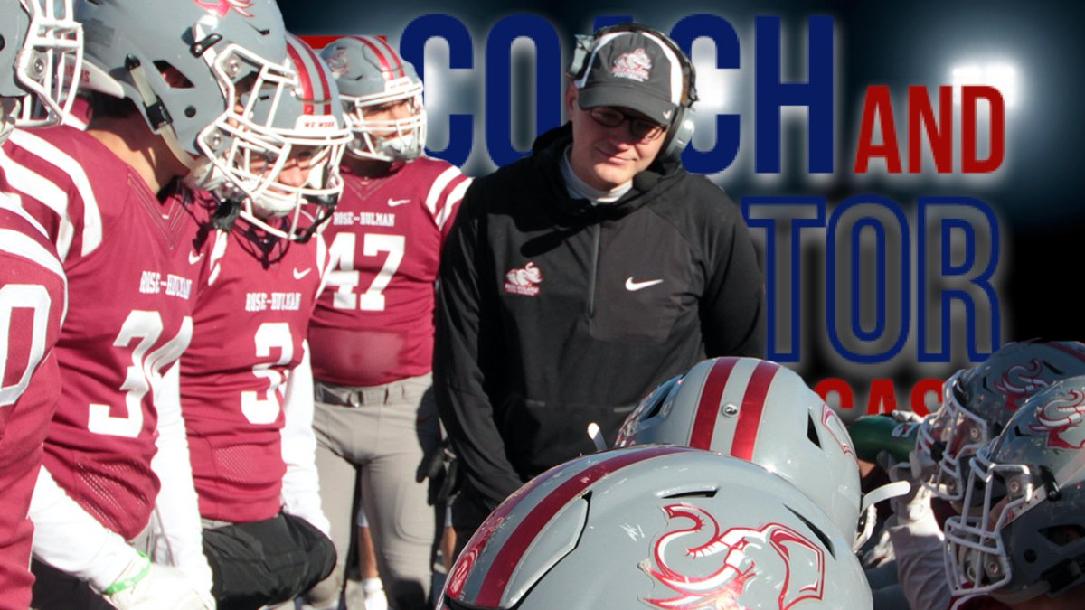 A package of clinic talks by Nick Davis, defensive coordinator at Rose-Hulman Institute of Technology.

Nick Davis enters his ninth season on the Rose-Hulman staff and his sixth year as defensive coordinator in 2020.  He was promoted to assistant head coach and recruiting coordinator for the 2018 season.

Davis has led one of the nation's top defenses over the last four years.  His spread defense has led the Heartland Collegiate Athletic Conference in total defense (2015) and scoring defense (2016).

The 2018 and 2019 squad combined for eight first-team all-conference performers, including three in the most recent 2019 campaign.

In addition to his on-field work, Davis serves as the team's strength and conditioning coach and holds a USA Weighting certiciation.

During the early years of his Rose-Hulman era, Davis has coached an all-conference or honorable mention all-league running back each season.  The standouts included Kyle Kovach in 2012, Danya Francis in 2013 and Greg Lee in 2014.

The special teams also enjoyed success under his direction in 2013 and 2014.  In 2013, seniors Matt Angel and Eric Schaible earning second-team all-conference recognition.  Schaible competed in the DIII Senior Classic following a historic career that included career school records for punting attempts and yards.  In 2014, junior Craig Larew set a school record with 45 extra points made.

Prior to his stint at Rose-Hulman, Davis spent two years at Ottawa University on the defensive side of the football, coaching defensive backs in 2010 and linebackers in 2011.  He helped coach 10 all-conference defensive players and also served as the junior varsity defensive coordinator.  His efforts also included coaching three NAIA All-Americans.

Davis previously served as a strength and conditioning football intern at the University of Michigan and Western Illinois University in 2010.

Davis earned a bachelor's degree in physical education with a minor in communications from Monmouth in 2010.  He also completed a master's degree in edcuation curriculum and instruction at Ottawa University.

Davis resides in Terre Haute with his wife Heather and their dog, Scout.

NEW!
Defending the Spread From a 3-Safety Structure by Cody Alexander
Views: 2309
$20