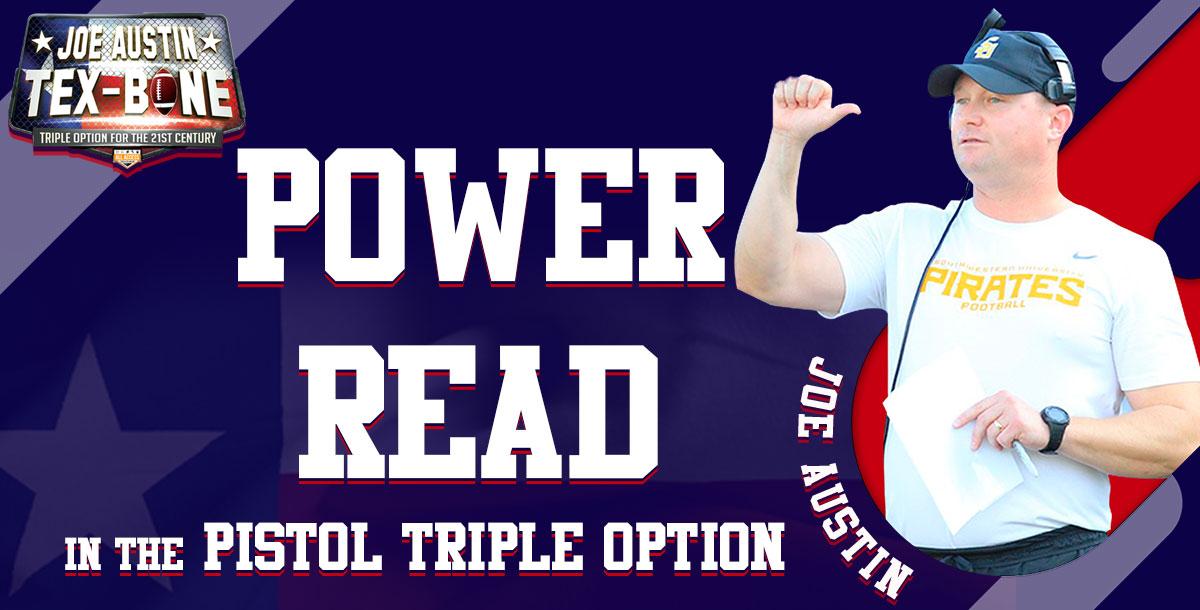 Typically, a running back runs a sweep path with the quarterback serving as the dive back.

If the contain player starts to chase the sweeping back, the QB pulls and runs off-tackle as a dive back.

Can also be ran from option-heavy formations.

Head Coach Joe Austin rebuillt the football program at Hanover College before re-starting the program at Southwester University (TX) that was the dormant for 62 years. In 2016 Austin guided the Pirates to an undefeated 6-0 record in the Southern Collegiate Athletic Conference (SCAC). The championship marked the team's first football championship since 1941 and the team's 7-3 overall record was the best in more thean 70 years, earning Austin the conference's Coach of the Year award.

Great info. I like the progressions of each video.

Coach Austin definitely thinks out of the box on this one. Taking such a popular play and adding so many wrinkles to it.

Very well done with succinct, important information about all aspects of the play. Continuity of play through various formations also impressive, given the other means of attack presented in this system.

Great implementation on a play you see from a lot of 20/21 personnel teams!