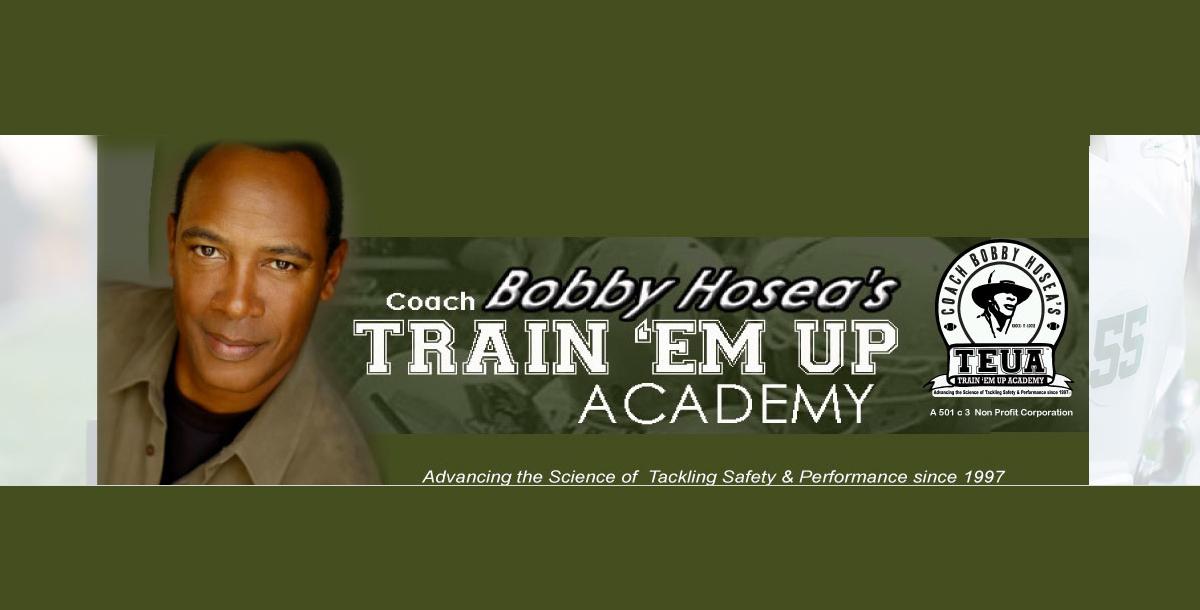 Every football coach wants to keep their kids safe during practice and game time. Start teaching your athletes the proper way to tackle with Bobby Hosea's signature technique.

In 1997, Bobby Hosea the father, was no different from any other parent. While coaching his 12 year old son’s first tackle football team, he was worried his son and his teammates might suffer a serious head injury tackling incorrectly.

So Coach Bobby Hosea invented the “Dip-N-Rip-Sticks” WORDS TO PLAY BY 12-Step Tackle Progression (“Hosea-Method”) to teach his young football players how to keep their head out of the tackle and avoid brain, neck or spinal cord injury.

In 2006, Coach Bobby Hosea founded Train ‘Em Up Academy, Inc. (TEUA), a 501 (C) 3 Not-for-Profit Corporation to help attract the financial support needed to spread his tackling safety and performance curriculum throughout the country. In June of 2011, a scientific research study proved that the “Hosea-Method” lowers helmet first impact by 43% (100% of the CROWN) while performing a FORM tackle.

Coach Bobby Hosea’s unique system teaches players and coaches, how to readily identify and avoid the physical mechanisms, tackling techniques, terminology and drills that lead to CROWN first impact while a defender is in the act of tackling a ball carrier.

The game of football inspires passion, confidence, physical fitness and discipline in our children, these are all qualities that are extremely valuable in their development but, improper training puts them all at risk of avoidable injury, and the price paid by our children and parents is much too high.