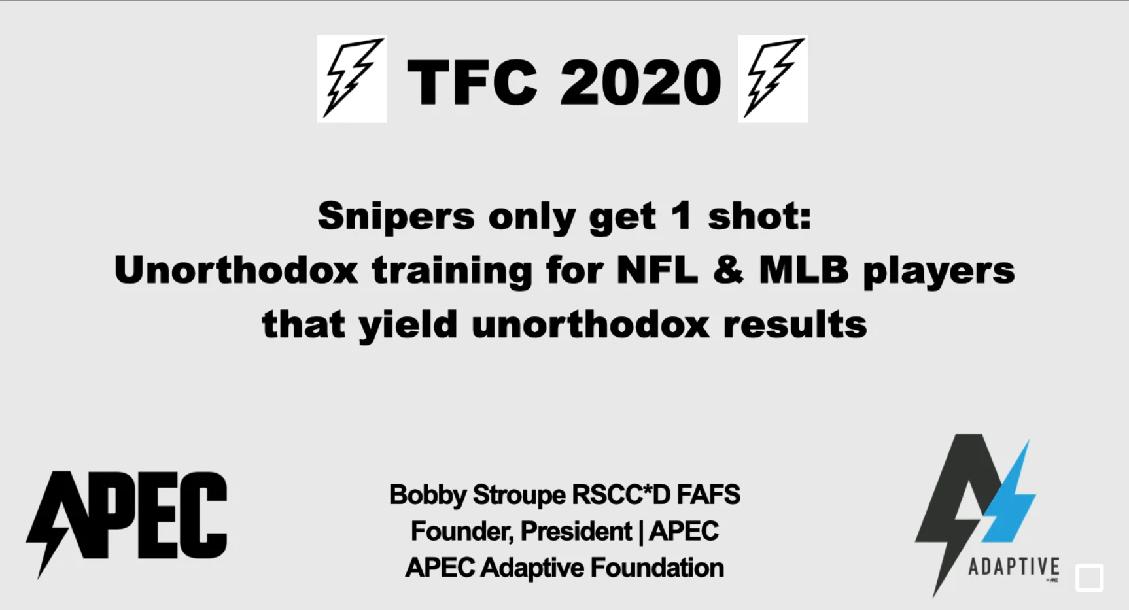 Snipers Get Only One Shot: Unorthodox Training for NFL and MLB Players that Yield Unorthodox Results

Bobby Stroupe is the Founder and President of ATHLETE Performance Enhancement Center (APEC). Coach Stroupe has directed human performance systems for over 20 years while expanding his influence as a consultant, speaker, author and educator. His experience includes working with school systems, collegiate teams, professional teams, businesses, and individuals alike. His coaching ranges from youth athletes to some of the top names in multiple professional sports including 1st round picks, Super Bowl and World Series champions. Stroupe and team currently support over 100 active athletes in the NFL and MLB alone. Most importantly, over 25 of these athletes started with APEC in elementary school. Among many accomplishments by his athletes, Bobby has been credited with supporting arguably some of the best in the game of baseball and football including NFL MVP Patrick Mahomes. As an entrepreneur, Stroupe and team built APEC from a grass field in 2005 to today, a world wide training leader in human performance. Coach Stroupe belongs to an elite group of physical therapists, athletic trainers, and human performance practitioners as a Fellow of Applied Functional Science. Stroupe has also been named a RSCC*D by the NSCA due to 10+ years of demonstrating high standards and professional practice.