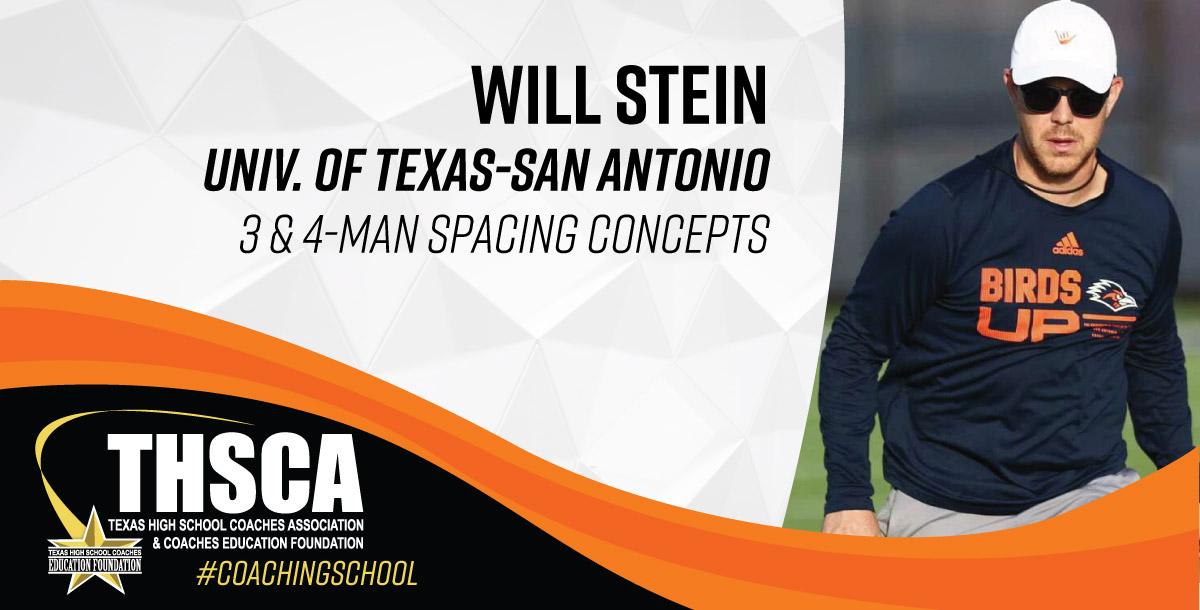 Will Stein was elevated to UTSA's co-offensive coordinator and quarterbacks coach on Jan. 8, 2022, after spending the previous two seasons as the Roadrunners' pass game coordinator and wide receiver’s coach.  Under Stein's tutelage, the UTSA wideouts smashed records and emerged as one of the top groups in the FBS in 2021. Joshua Cephus, Zakhari Franklin and De'Corian Clark combined to catch 204 passes for 2,585 yards and 25 TDs and made UTSA one of only three FBS teams to have three receivers with at least 50 receptions, 750 yards and 5 touchdowns. UTSA finished the 2021 campaign with a 12-2 record, setting a program record for most wins and best winning percentage (.857). The Roadrunners won their first conference title with a 49-41 victory over WKU in the C-USA Championship Game, were nationally ranked (as high as No. 15) for the first time and made their second straight and third overall bowl appearance when they met San Diego State in the Tropical Smoothie Cafe Frisco Bowl.  Stein came to UTSA after spending the previous two seasons as the assistant head coach, offensive coordinator, quarterbacks coach and recruiting coordinator at Lake Travis High School in Austin, Texas.