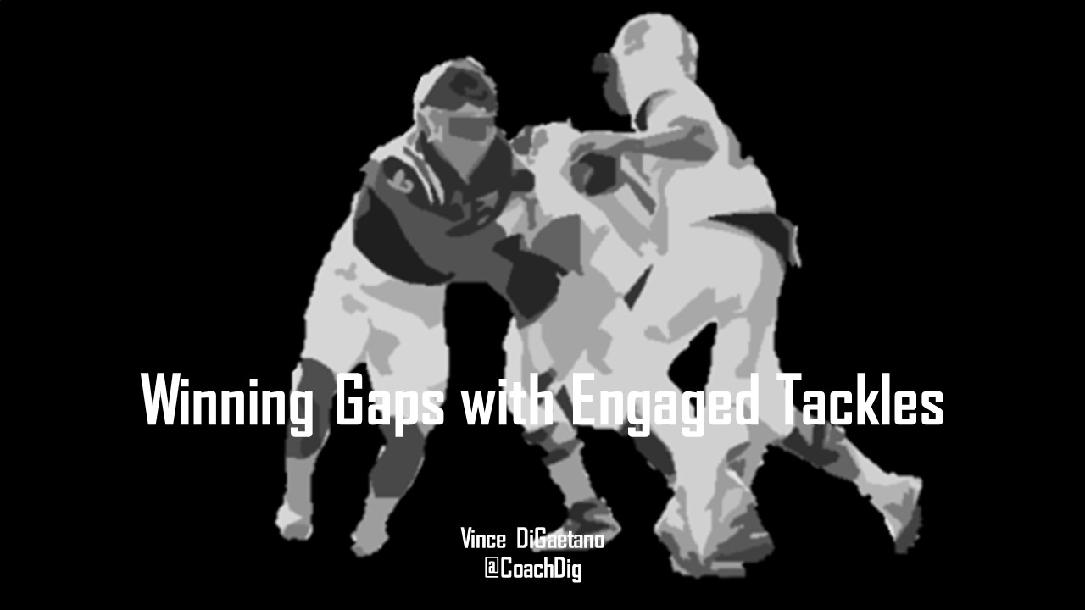 The course is focused on winning gaps with Engaged Tackles. The primary focus is working with interior lineman and in box players that create leverage is short spaces. Engaged Tackles occur more than half the time when interior defenders are at the point of attack. This course covers purpose, concepts, drills and game film to find areas for this to be implemented into your existing tackle system.

Plans and reasons for implementing and identifying Engaged Tackles

Vincent DiGaetano enters his second season as an  assistant coach at Fordham in 2020.

Prior to Fordham, DiGaetano served as head coach at New York Maritime in 2018, leading the Privateers to a 7-4 mark and a berth in the New England Bowl.

DiGaetano originally started his Fordham career in the spring and summer of 2018 when he served as an assistant coach before leaving for New York Maritime.

A veteran coach, DiGaetano served for two years at Wagner College where he served as a defensive assistant, having previously worked on the defensive side of the ball for several football programs within the New York City metropolitan area.

Prior to his stint at Wagner, DiGaetano was the linebackers coach at Nassau Community College in 2015, having previously spent ten years on the staff at SUNY-Maritime. From 2008-2014, the 1999 Wagner College graduate served as defensive coordinator for the Privateers, which followed a three-year stint (2005-07) where he served as special teams coordinator at SUNY-Maritime from 2005-07.

Prior to Maritime, DiGaetano spent four seasons as the defensive coordinator at DeWitt Clinton High School in the Bronx, where he coached two future NFL players in Ramon Guzman (Indianapolis Colts) and Dequan Mobley (NY Jets).

In 2014, Coach DiGaetano was a finalist for the AFCA Assistant Coach of the year in Division III. He also served as Defensive Coordinator of the USA Select Team for the 2015 International Bowl which defeated the IFAF World Team 20-15 at the Dallas Cowboys’ AT&T Stadium.

In 2013, DiGaetano was named to the USA Football Master Trainer program and is the only college coach in the nation with this assignment. Recognized as a subject matter expert in the area of tackling, Vincent has presented this NFL-sponsored program to many high school and youth football programs. His efforts in this area are helping to create a better, safer game for players across the nation.

A lifelong educator, DiGaetano currently serves as principal at the Bronx Alternate Learning Center after serving as New York City’s Department of Education Bronx Borough Safety Director for seven years. In June 2017, he was a recipient of the 2017 Sloan Public Service Award. Widely regarded as the Nobel Prize of NYC government, this honor is annually bestowed upon six outstanding civil servants whose work performance and commitment to the public transcend not merely the ordinary but the extraordinary.