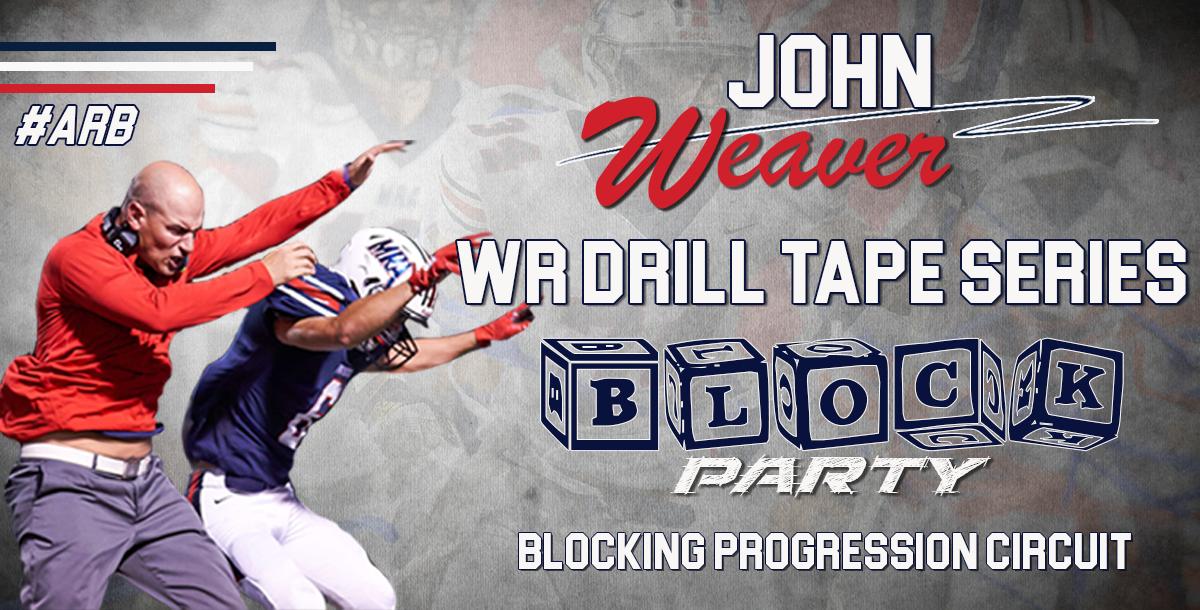 One of the toughtest parts of coaching the wide reciver position is dividing time in practice to teach them how to run routes, catch balls in traffic, proper releases, getting stacked, and how to properly block. Most of the time one of those gets neglected in practice. However, if your offense is based heavily upon perimeter runs, and screens they better know how to properly block in space. We have found that this step by step blocking progression has helped us elevate our perimeter and down field blocking.

Excellent fundamental drill progression for receivers! From the chairs drill to the rip and run drill, each drill addresses a specific part of a receivers blocking technique to successfully stalk block on the perimeter.

The Fundamentals of Coaching Receivers by Urban Meyer
Views: 17252
(11) FREE