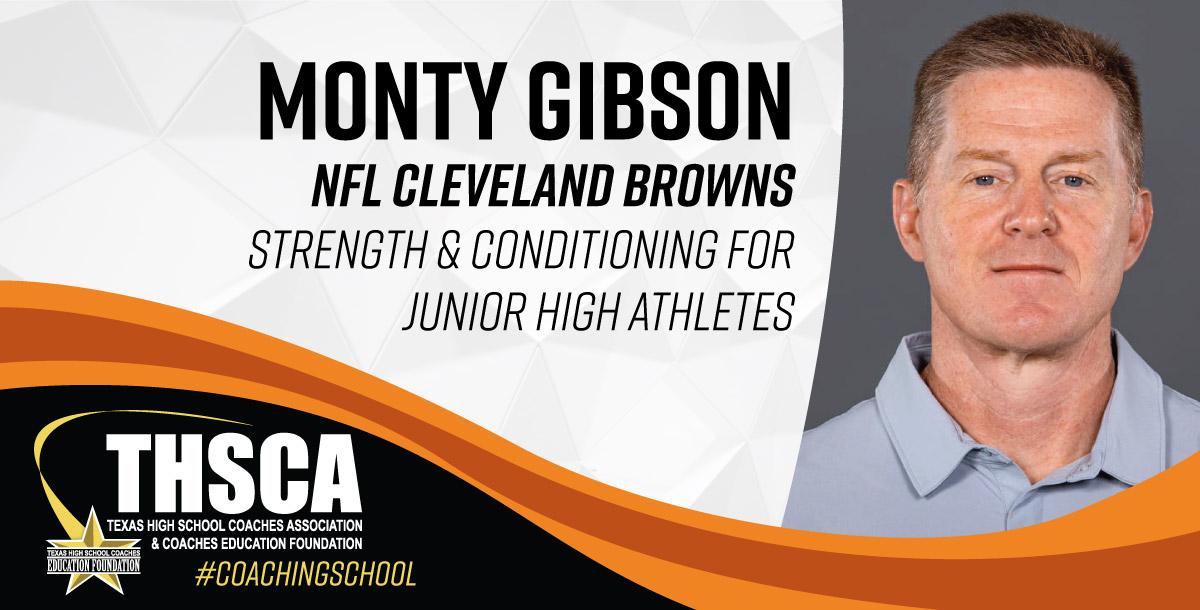 Monty Gibson enters his 5th season in the NFL as the Browns’ assistant strength and conditioning coach, after being named to his position on April 5, 2018.

In 2017, Gibson trained several of Texas A&M’s football players in preparation for the NFL Scouting Combine, in addition to assisting with the Aggie women’s basketball offseason training program.

Prior to joining the A&M staff, Gibson was an elementary physical education teacher at Crockett Elementary in Bryan, Texas, from 2000-02. He served as the athletic coordinator at Stephen F. Austin Middle School in Bryan from 1999-2000, where he coached football, basketball and track and supervised off-season training.

Gibson began his coaching career working for the Fort Stockton (Texas) Independent School District, teaching and coaching in the district from 1994-1999.    After his first two years at the middle school, he was elevated to the high school ranks where he was a varsity football defensive line coach, a head swimming and diving coach, an assistant track coach and a freshman football coach.

A native of San Angelo, Texas, Gibson earned his degree in biology and life-earth sciences in 1993 from Angelo State University. He also received his master’s degree in exercise physiology from Texas A&M in 2003.

He and his wife, Leah, have three sons, Garrison, Chase and Kyle

Winning in a World Without Barbells: How to run a successful Strength and Conditioning Program for your team during the shut down by Eric Dagati
Views: 2127
$129