Performance Training for All Sports 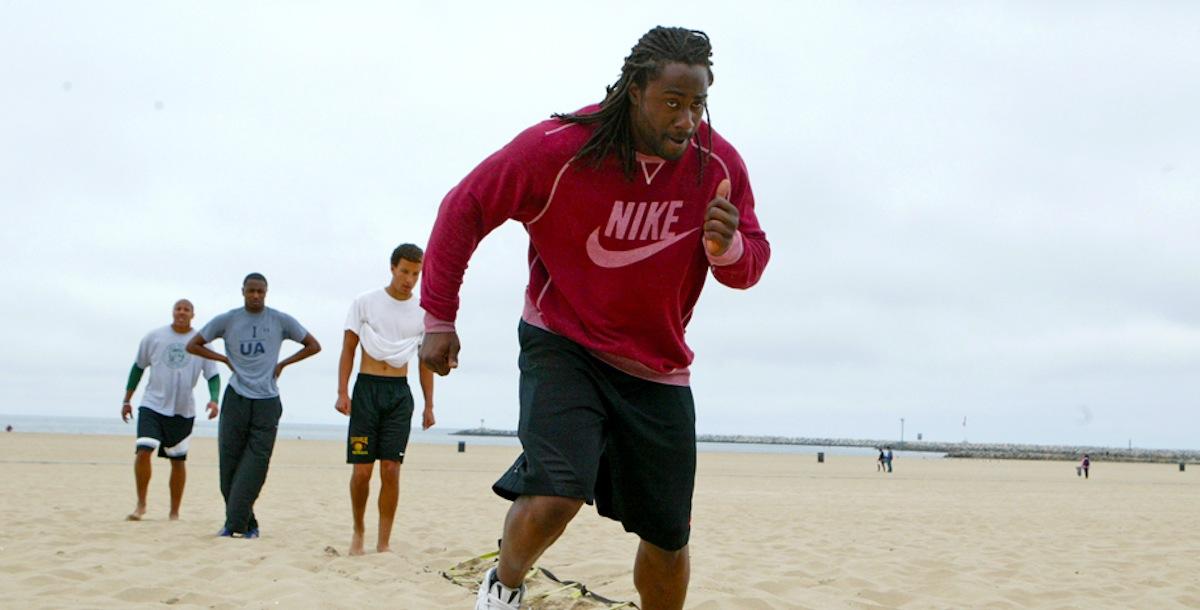 This course will unleash your true potential in every sport you attempt. Take your skills to the next level with our top performance training coaches.

Jeff Johnson started his football career at West LA Jr. College the end of 2003. From there he earned a scholarship to Arkansas State where he received his degree in Business.  Due to several injury setbacks Johnson became the Assistant Receiver coach for Western Oregon University working with NFL  Starting TightEnd Kevin Boss and DE JT Gilmore, both making a NFL team.

After their NFL expectance in 2008 Johnson decided to relocate back to California  to continue training and took a job as the strength and conditioning coach for Cathedral High School in Los Angeles, CA giving him a solid background in training prospective to Elite Athletes. Johnson trained alongside Chad Johnson, Steve Smith, Tj Houshmandzadeh, and Antonio Chatman and many more, what they know, Johnson knows.

In 2010 Johnson Started training NFL prospects for the combine and prodays on his own through his company Elite Athletes. 2011- 2013 Johnson was contracted out to work with the Elite Performance Factory   In the 2014 Super bowl, Johnson trained 8 guys that played in the game, from: Pro bowler- Julius Thomas, Pro Bowler -Richard Sherman,  Mvp-Malcom Smith, Jermaine Kearse, Duke Ihenacho, Omar Bolden, Jerron Johnson and Mike Morgan

You just booked "Performance Training for All Sports"

Performance Training for All Sports

This course will unleash your true potential in every sport you attempt. Take your skills to the next level with our top performance training coaches.