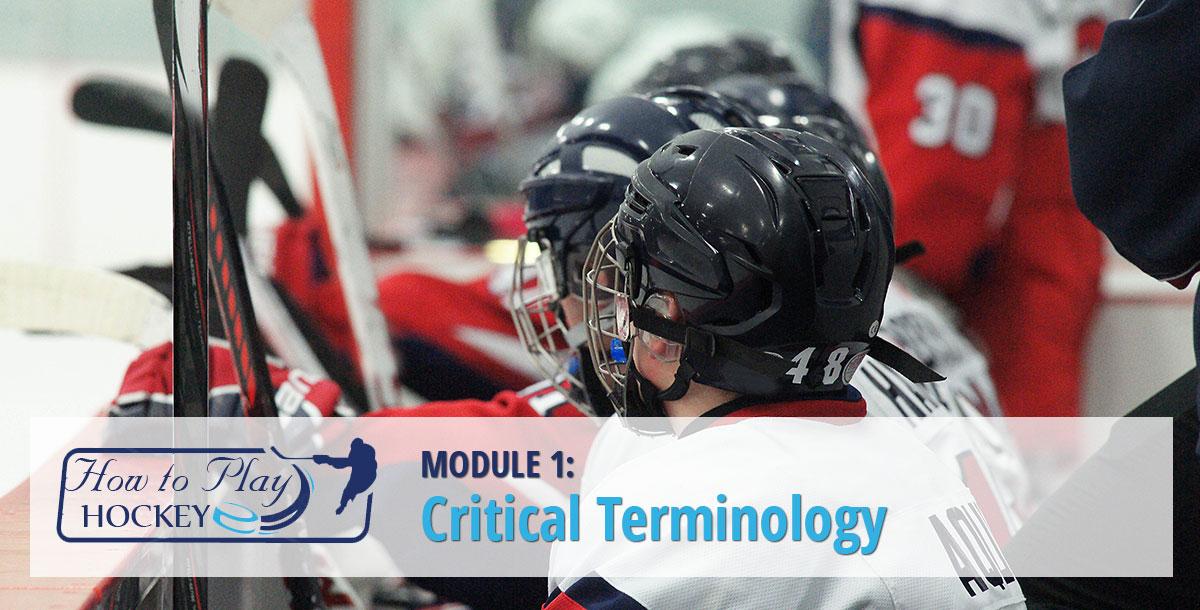 Master the tactics of hockey with our 20 week program.  Get started now with Module 1: Hockey Terminology.
The goal of this module is to create a progression in learning from A to Z. There are great sections in this module that will build your technical hockey vocabulary. Learning the international language of hockey is paramount in expanding your overall game understanding and communicating with players and coaches. If the odd term seems slightly simple, don't worry, there is tons of technical content as well.

Terminology defined (examples):
passing lanes, shooting lanes, support, active stick, head on a swivel, offensive support, defensive support, strong side, weak side, quick up, wheel, reverse, inside out, cut the ice in half, backside pressure,  flat skating, timing, pinch, stagger, PSA, lanes, seams, quiet zones, headman, overlap, give and go, cycling, inside, outside, up ice, down ice, backside pressure, back door, and many more.  If you know them all, you know the game!


The goal of this course is to create a progression in learning from A to Z, from Module 1 to 5, but feel free to pick and choose the modules you need the most.
We built the curriculum step by step, teaching first the terminology, then explore every zone of the ice, from defensive, to neutral, and on to offensive zone without, then with the puck.  Our final module teaches powerplay and penalty killing systems.  Get started now!

You just booked "How to Play Hockey Module 1: Critical Terminology"