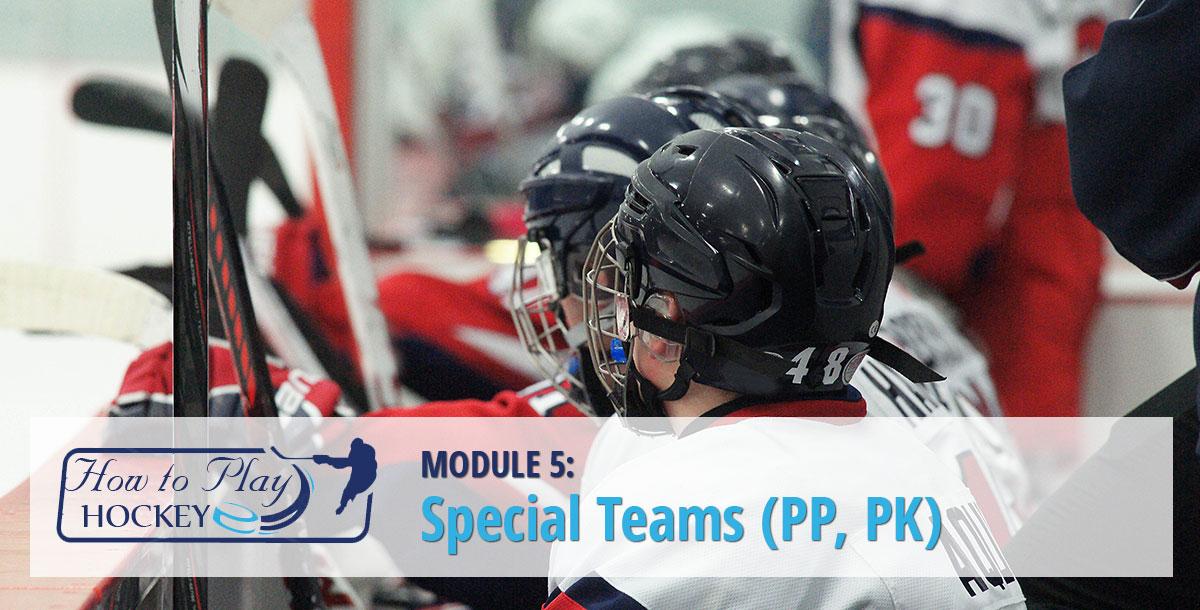 Power Play
All great powerplays follow a set of principles, regardless of formation and set plays. A ‘principle’ is a rule or guideline that governs one’s behaviour. These principles are critical in creating a productive power play.  The most elaborate power plays in the best leagues in the world can be held to 0 goals if the offense fails to get the puck to the net. Conversely, the most cliche interviews with with best players in the world cite a specific plan of getting traffic in front of the net, getting shots on goal, and hunting for rebounds. In this module we'll give you some key principles that will help get your team on the same page. We'll show you how to convert power plays into goals.

Penalty Kill
A good penalty kill starts with a unified forecheck. The next step is holding the blue line in the neutral zone. Finally, once you’ve given up entry into your zone, all players need to be on the same page,or your PK is dead in the water.  Offensive strategy in hockey revolves around creating odd-man situations. Creating a 2 on 1 against an opponent gives the offense more options and room to be creative. Being one player short for 2 minutes naturally gives the team on the power play a great opportunity to create these 2 on 1's. In this section we'll show you how to defend the prime scoring area of your own zone while not over committing against the offense. 'Holding the fort' with slightly static positioning will allow you to kill vital seconds off the clock, and kill the penalty for your team. More than any other scenario in hockey, a good penalty kill requires all teammates will need to work together to 'get the kill.'

Creating offense off zone exits and entries by Hockey without Borders
Views: 359
$9.99