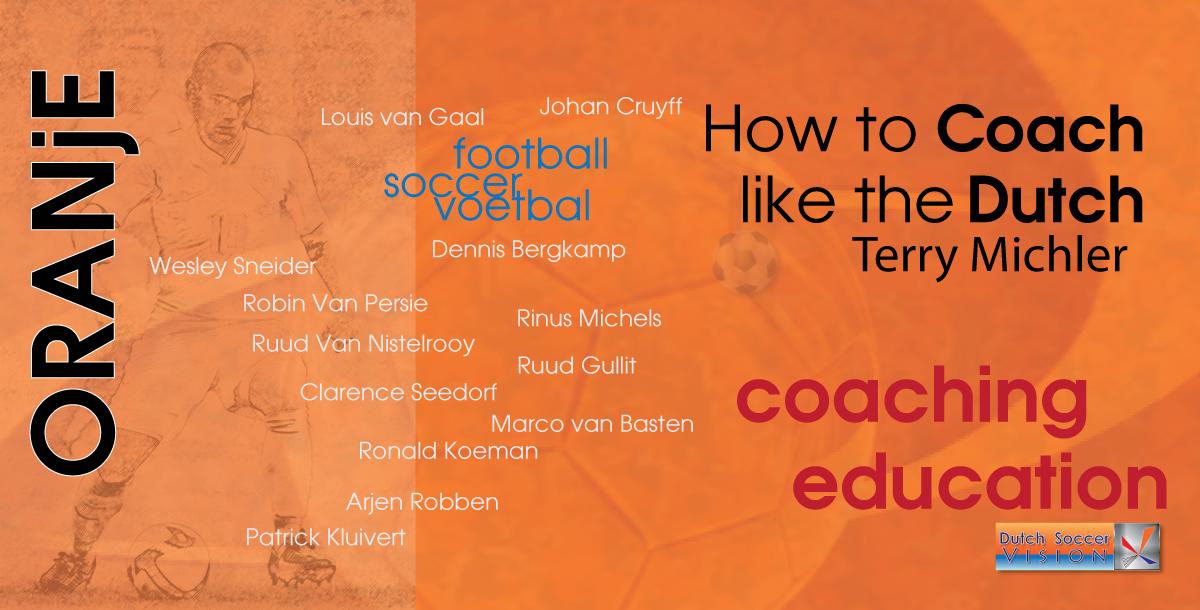 Learn how to coach your soccer players like the Dutch!  Get started today and you'll be able to take these lessons to your next training session!  The Dutch play an exciting brand of fast-paced, attacking soccer built on advanced Technical and Tactical know-how and this video series will show you how to teach your players how to play like the Dutch.

Dutch Soccer Vision is all about Dutch Soccer Coaching & Training Methods. Specifically, how the coaches in Holland train young players to play in the style of the Dutch; Attacking Soccer based on top-level Technique and Tactics. A group of extremely accomplished Dutch coaches have made themselves available to help create a Video Training Series that will give coaches and players worldwide an opportunity to see how fully-licensed Dutch-trained coaches develop young soccer players. It's as if you were to observe the coaches first-hand in The Netherlands.

Many Dutch-trained coaches will be showing you the Dutch Coaching Methods in this video series, but our Co-Founder and Director is Mr. Terry Michler.  Coach Michler has written books on the topic of Dutch Coaching and, as coach of CBC High School in St. Louis, MO, USA, has won more Boys High School soccer games than any other coach in the USA.  Along the way he's also won ten (10) State Championships.  Coach Michler is a regular visitor to Holland, has attended formal Coaching Symposiums, Ajax F.C. training sessions and organizes Soccer Coaching Tours to Holland annually.  Coach Michler has also won the National High School Coach of the Year award and his teams have been ranked nationally on ten (10) different occasions.
Coach Michler's teams at CBC train and play using the Dutch style.  Fast-paced attacking soccer based on top-level technical ability that is both beautiful and effective.

Jan Pruijn is the lead Dutch coach.  Coach Pruijn has many years of experience in the Ajax F.C. organization.  He has served as head of Ajax F.C. International Youth Development, Scouting Director and Head of Technical Affairs for Ajax F.C. Capetown, South Africa.  Coach Pruijn has also managed NEC Nijmegen in the Dutch Eredivise.  Coach Pruijn holds a full Dutch Coaching Badge from the KNVB which enables him to coach at the highest professional levels worldwide.

How to Become a Professional Soccer Coach by Vladimir Kartashov
Views: 933
$24