Soccer / Tactics Send as a gift! 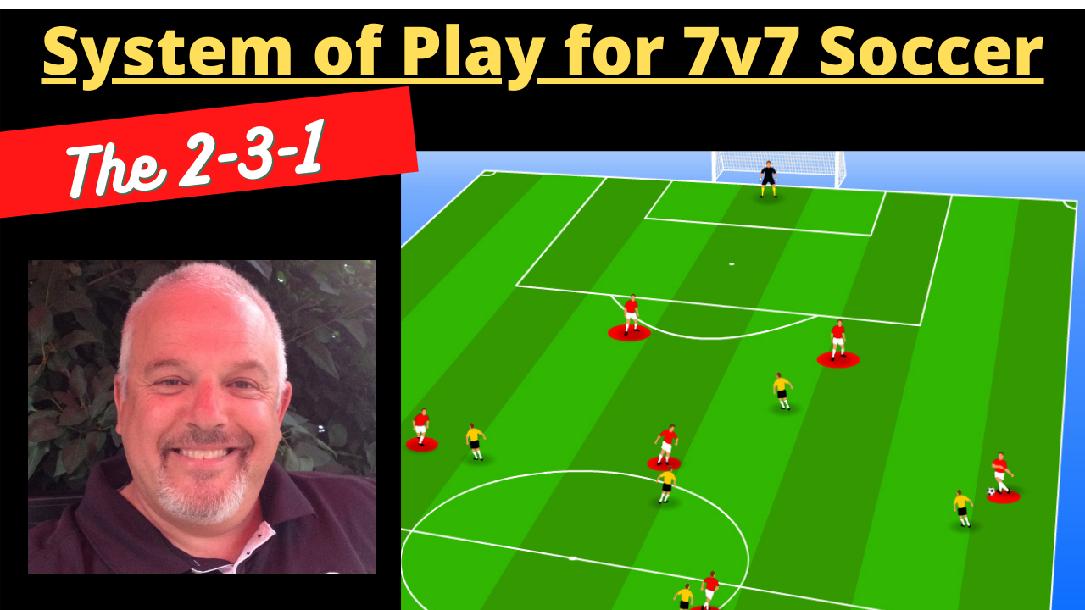 This course is designed for coaches that want to learn and use  the  2-3-1 System of play for the7v7 game format. Most coaches agree that ,the most important aspect of player development for a U9 or U10 player is their technical, physical and cognitive development, not necessarily formations.
However it is also true that since they play a game format, in this case the 7v7 game, It is our duty to start the process of educating and  teaching our players, how to play the game, introducing roles on  the field, rules of cooperation, simple attacking and defensive responsibilities, and providing the training for those situations they will encounter during a game.

A system of play can be a platform for a player Game Development. There are many systems that a coach use for the 7v7 game format, but the 2-3-1 System of play show a lot of advantages in terms of game development and good team play.

This course provides the student- coach the opportunity to learn and teach all  aspects of these systems of play, from how to build play from the back, to the different ways of penetrating in the final 3rd and create scoring opportunities. The use of video presentations, game animations, and graphical illustrations will provide the student with a better learning experience of the subject. Additionally the author has provided proven practice plans related to the subject, and quizzes to challenge coaches in their learning of the subject.

Raffaele Tomarchio is a soccer professional with over 20 years experience in youth soccer development. He has worked as Technical Directors and Director of Coaching with major clubs in Ontario(Canada) as well as being  Head Coach and coaching facilitator with the Ontario Soccer Association.

He has been a contributor to the United Soccer Coaches "Soccer Journal", the NSCAC "The soccer Journal for Soccer Coaches", Inside Soccer Magazine and Calcio Donne Magazine, as well as being the publisher for Icochsoccer website, an online technical soccer resourse platform for coaching development.

As a coach, he has over 20 years experince,winning National and Provincial titles at the youth levels, and coaching many players that have played or still play with the Canadian National Team.

His thirst of knowlesge is reflected in his soccer education.He holds a Canadian National A license, a Uefa B licensecas well as a FIFA grassroots coaching certificate.
His Italian heritage has also brought him to professional clubs like AC Milan, and Inter-Milan studying first hand their approach and metodology to the player development.