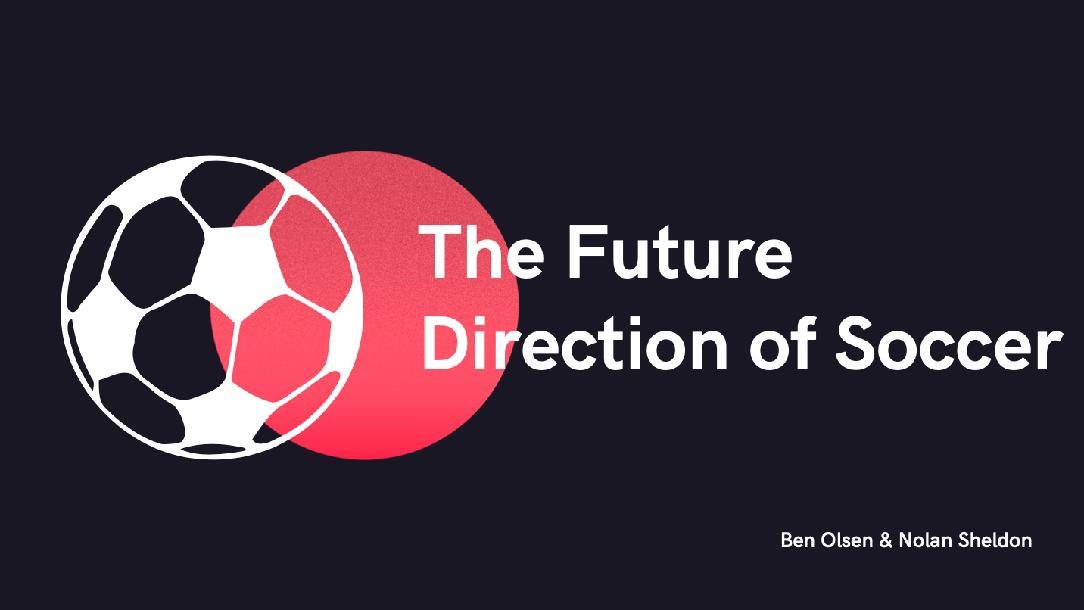 This course offers insight into:

1. Practicing and Growing During Shutdown Period

3. The Dynamic between staff, veteran players, and young players

Ben Olsen is the longest-tenured head coach in D.C. United history, having served since the middle of the 2010 season. With Olsen on the sideline, the Black-and-Red have qualified for the MLS Cup Playoffs four times in the last five years, including back-to-back-to-back seasons in 2014-15-16. In 2014, Olsen was named MLS Coach of the Year after helping guide the Black-and-Red to the biggest single-season turnaround in Major League Soccer history, finishing the regular season in first place in the Eastern Conference for the first time since 2007 and with the most points in team history. Since 2014, Olsen has a coaching record of 43-32-27 and has averaged over 14 wins a season. In July of 2016, he coached his 200th game at the helm of the Black-and-Red. At the start of the 2017 season, Olsen is fifth among active coaches in wins (75) and one of 22 coaches in league history with at least 60 victories. Following his retirement as a player, Olsen's coaching career began in 2010 as an assistant under Curt Onalfo. Midway through the campaign, Olsen replaced Onalfo, making his debut as Interim Head Coach on Aug. 7 at New England. Olsen won his first match in charge on Aug. 22 against Philadelphia and was hired permanently on Nov. 29, 2010. At 33 years old he was the youngest coach in Major League Soccer. In 2012, Olsen guided D.C. United to the MLS Cup Playoffs for the first time in five years and was named as a finalist for MLS Coach of the Year. Olsen was among the club’s all-time leaders in several categories at the time of his retirement – second in games played (221), minutes played (17,098) and game-winning goals (13), third in assists (49) and seventh in goals (29). He won eight total trophies with D.C. United, including two MLS Cups (1999 & 2004). He was also a two-time All-Star (1998 & 1999), the 1998 MLS Rookie of the Year, the 1999 MLS Cup MVP, the 2003 USSF Humanitarian of the Year and was named to the MLS Best XI in 2007. Olsen also had an illustrious career with the U.S. Men’s National Team, earning 37 caps and scoring six goals. He was a member of the 2006 World Cup team and part of the team that reached the bronze medal game at the 2000 Sydney Olympics. Olsen made his full international debut against Australia on Nov. 6, 1998, and scored his first goal against Chile on Feb. 21, 1999. Prior to his professional career, Olsen spent three seasons at the University of Virginia from 1995-1997. During his time with the Cavaliers, the team posted a 56-8-8 record. The midfielder compiled 34 goals with 41 assists and started and played every game (69) of his collegiate career. After his junior season, he was named the 1997 Soccer America Player of the Year and was a finalist for the Hermann Trophy.

Nolan Sheldon joined D.C. United in 2010 after spending three years as a staff coach for IMG Soccer Academy in Bradenton, Florida. He served as an Assistant Coach for the D.C. United's U16 Development Academy team during the 2010-2011 season and was named the U-18 Developmental Academy Head Coach in 2012. Sheldon completed three seasons as U18 Academy Head Coach and in summer 2014 was named Academy Director, a role he assumed for two years. Sheldon transitioned into an assistant coach under Ben Olsen following the 2016 season. Sheldon is originally from Moatsville, WV, but has been all over the East Coast for his playing and coaching career. Sheldon played for IMG Soccer Academy as a youth, attended and played college soccer at Wingate University in Wingate, North Carolina, and competed in the Premier Development League (PDL) with the Bradenton Academics. After his playing career, Sheldon began coaching and obtained his USSF A coaching license in 2009. Sheldon completed and received the Elite Formation Coaching License (EFCL) through a partnership between MLS and the French Football Federation in 2014 and recently completed US Soccer's Academy Director's Course in 2016. Sheldon lives in Bethesda, MD with his wife Alexis, their daughter Emeline Jane, and sons Peter Clarence and Timothy Lawrence.

How to Become a Professional Soccer Coach by Vladimir Kartashov
Views: 613
$24