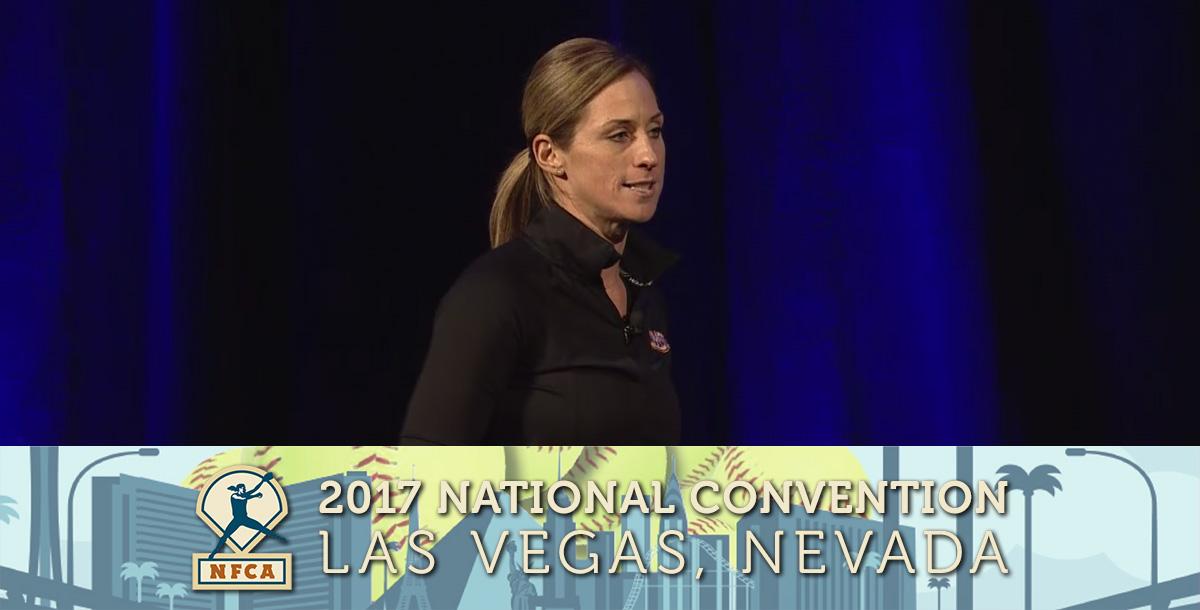 Lauren Lappin, a U.S. Olympian and recently-retired professional softball player, was named the program's first full-time assistant softball coach in September. In her first season with the Tritons, she was instrumental in UMSL finishing 42-15 and earning a the top seed in the Midwest Region, hosting a NCAA Regional round.

Alongside Scott, Lappin was a vital part of the Roosevelt softball program since its inception in the spring of 2013. Her expertise and teaching helped the Lakers become one of the Chicagoland Collegiate Athletic Conference's top offensive forces since their debut season, with Roosevelt finishing second in the league in team hitting in 2013 and fourth in 2014.

Lappin also brings extensive international experience from her time with the U.S. National Team from 2003-2010. She was a member of the 2008 silver medal-winning squad at the 2008 Summer Olympics in Beijing and helped the U.S. win the 2010 World Championship. She was also a 2004 alternate for the U.S. Olympic Team that competed in Athens and helped Team USA to World Cup Championships in 2007 and 2010 as well as gold at the 2007 Pan American Games.

Lappin played collegiately at powerhouse Stanford from 2003-2006 and was a two-time NFCA All-American and was twice named PAC 10 Defensive Player of the Year. She was also named to the 2006 Women’s College World Series All-Tournament Team.

The native of Anaheim, Calif., retired from a five-year career playing professional softball on the National Pro Fastpitch circuit in March of 2015. She last played professionally for the Pennsylvania Rebellion, an NPF team based in Washington, Pa., during the 2014 season. She helped the Rebellion compete with eventual champion USSSA Pride in championship series play to cap the Pennsylvania team's inaugural campaign.

Lappin previously played for the USSSA Pride, winning the NPF Championship in 2010 and teaming with the likes of fellow U.S. Olympians such as Jessica Mendoza, Natasha Watley, Caitlin Lowe and many others.