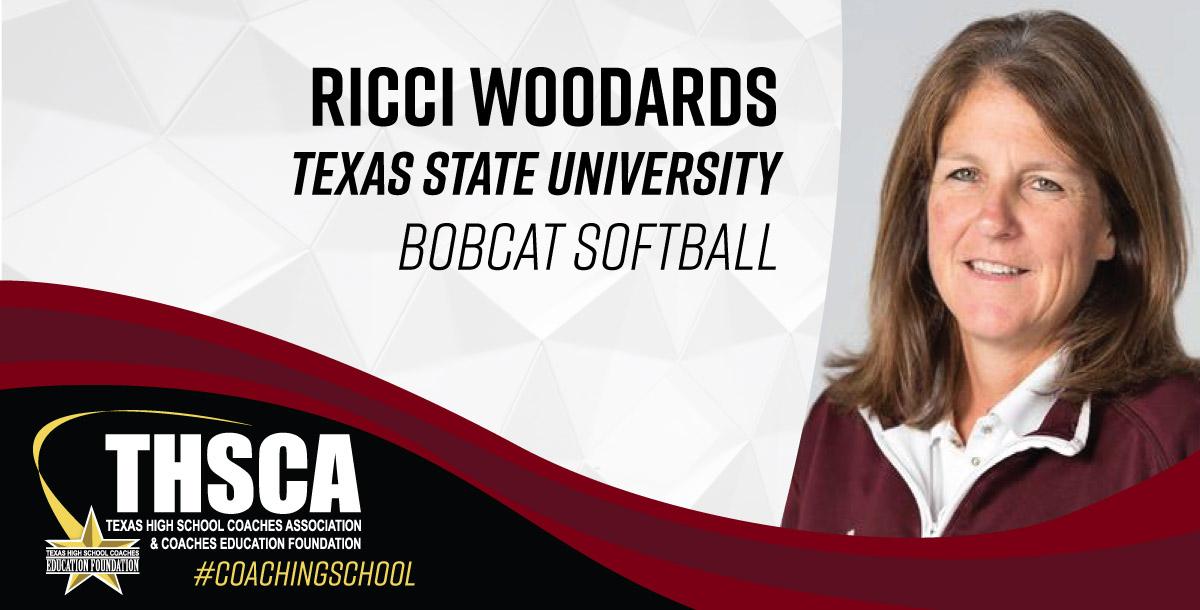 Lecture Title: Hitting the Road to Quality At Bats

Lecture Title: Hitting the Road to Quality At Bats

In 22 years at the helm of the Texas State softball program, head coach Ricci Woodard has guided the program to a 762-462-1 record, 12 conference championships and nine Division I Softball NCAA Regional appearances.

Woodard has had four former players play in the National Pro Fastpitch (NPF) league. They are Nicole Neuerburg, Kristen Zaleski, Alex Newton and Randi Rupp. Zaleski was named the 2005 NPF Most Valuable Player and is now an assistant coach for the Dallas Charge, the NPF’s newest member who joined the league in 2015. Rupp was the fourth overall selection in the 2018 NPF College Draft by the Cleveland Comets.

Prior to coaching her current post with Texas State, Woodard served as an assistant coach at the University of Oregon for four seasons. In her first collegiate coaching experience, Woodard helped lead the Ducks to three consecutive national top 25 finishes and three consecutive appearances in the NCAA Regional Championships.

Woodard began her coaching career working with high school teams. Prior to becoming a Duck, she worked as head coach at Midland (TX) High School. The Bulldogs won a district title for the first time in school history under Woodard’s guidance.

She also successfully started a softball program at Brazosport High School in Freeport, before going to Midland and eventually entering college coaching.

As a player, Woodard played infield at Central Arizona Junior College, where she served as team captain. She also played at New Mexico State and graduated with a B.S. in education in 1991.