Rising through the Coaching Ranks 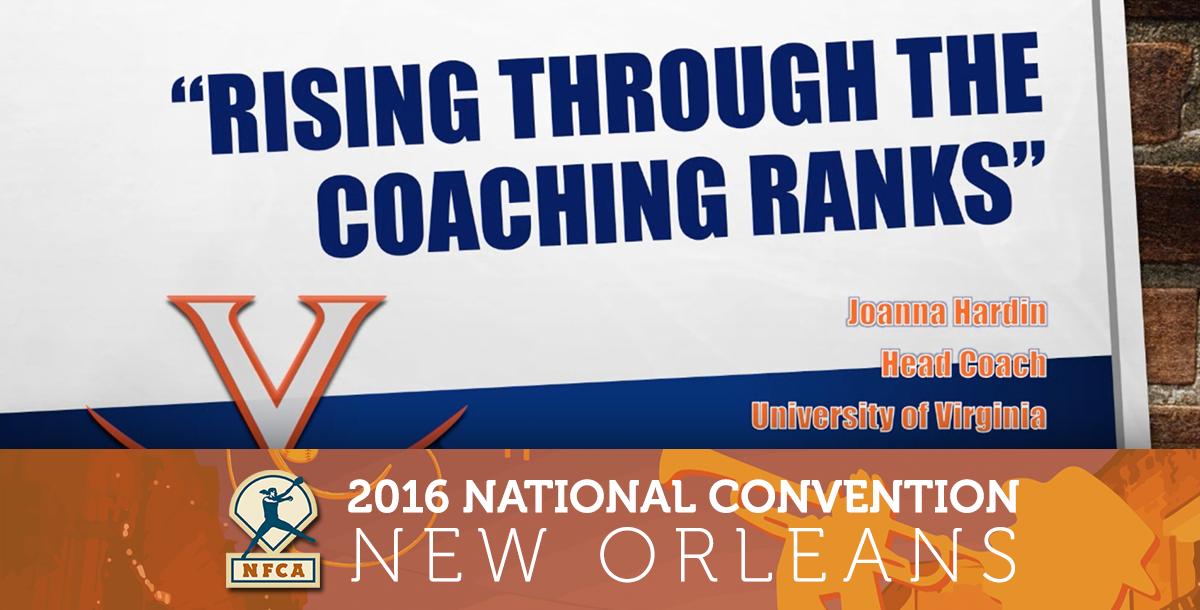 Rising through the Coaching Ranks

Joanna Hardin is in her first season as the head coach of the Virginia Cavaliers.

Hardin has spent the last four seasons at McNeese State, the latter two as the head coach with the Cowgirls. In her two seasons, Hardin led the Cowgirls to a 79-34 record including the Southland Conference championship and an NCAA Regional in 2016. Under Hardin’s guidance, sophomore Erika Piancastelli received All-America honors from the National Fastpitch Coaches Association (NFCA) in 2015 and 2016. She is the first All-America selection in McNeese State program history.

In 2016, Hardin led the Cowgirls to a 43-14 record as McNeese State claimed the Southland Conference regular-season championship and the Southland Conference Tournament championship. The Cowgirls posted a 23-4 record in conference play and competed in the NCAA Baton Rouge Regional. In regional play, McNeese State opened the tournament with a win over perennial national power Arizona State. The Cowgirls were eliminated from the Regional after falling to host LSU, who would advance to the semifinals of the Women’s College World Series as a national seed, and the Sun Devils in a 14-inning game in the second meeting between the teams.

Several players excelled under Hardin’s tutelage at McNeese State with Piancastelli leading the way as a two-time Southland Player of the Year and Hitter of the Year selection. Eight players also earned All-Southland Conference honors in 2016.

Hardin began her coaching career as the head coach at Whittier Christian High School in La Habra, Calif., from 2005-07 and helped guide the Heralds to an Olympic League championship in 2006.

From 2007-09, Hardin served as assistant coach at Liberty University where she oversaw the pitching staff, conducted camps and clinics, and organized daily practices.

After earning her Master’s Degree from Liberty, Hardin started and coached a successful 12U/14U travel team, the Virginia Titans, in 2009. In 2010, while coaching the Titans, she served as head coach at Jefferson Forest High School where she led the Lady Cavaliers to the 2012 Seminole District Tournament Championship, a Virginia High School League (VHSL) Region III runner-up finish and the quarterfinals of the VHSL playoffs.

Hardin played softball for Biola University (La Mirada, Calif.) where she was a four-year letter winner from 2002-05. She was a four-time All-Conference and All-Region selection and earned NFCA All-America honors as a freshman in 2002.

You just booked "Rising through the Coaching Ranks"