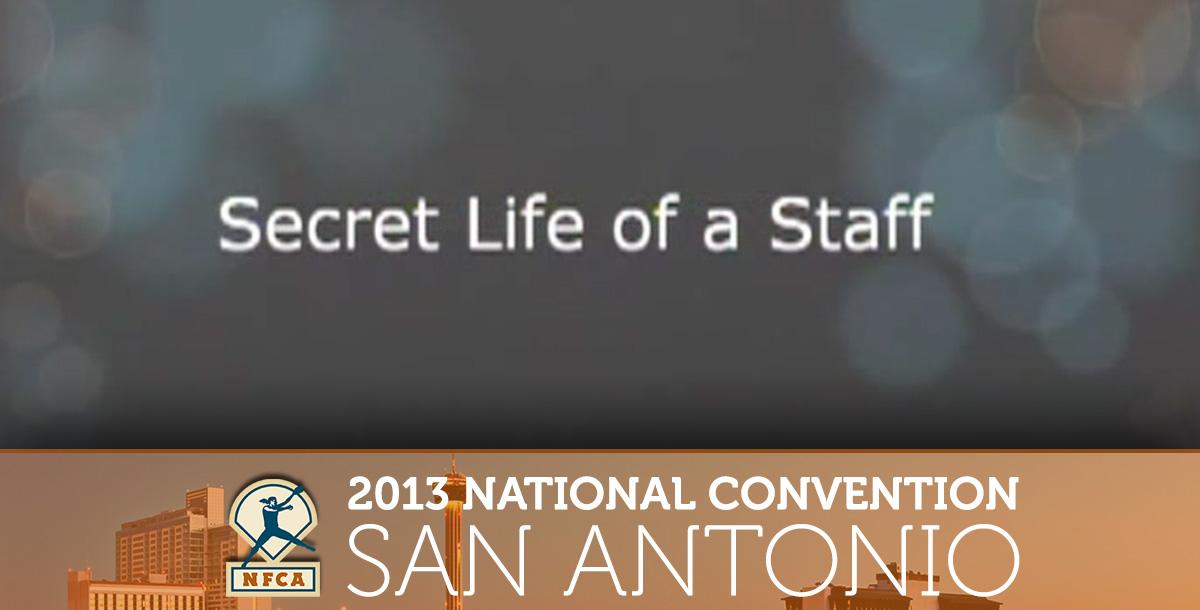 This is one of the excellent presentations from our 2013 "Viva Fastpitch" Convention held in San Antonio. The Secret Life of a Staff #NFCA2013 video package showcases 15 speakers and over 13hrs of video from this convention. You have the opportunity to learn about coach & player relationships, the building of a softball business, and pointers on the mental game. As always, traditional skills presentations are available as well. Runtime: 53 minutes.

Amanda Lehotak was named the seventh coach in Penn State softball history on July 22, 2013. She ventured to Penn State with seven years of head coaching experience under her belt, including the last two seasons at Texas-San Antonio.

Lehotak guided the Roadrunners to a 27-26 overall record this past season to give the program just their second winning overall record in the last seven years. She also led the team to a fifth-place finish and a berth in the WAC Tournament in UTSA's first season in the conference.

Prior to her time at UTSA, Lehotak spent six seasons at Jacksonville University, including five as the head coach. The Dolphins improved their win total each of Lehotak's five seasons at the helm, culminating in a 44-16 overall record and 18-2 conference mark in 2011. That season, Jacksonville won the Atlantic Sun regular-season and tournament titles on its way to the first NCAA Tournament appearance in school history. Lehotak was selected as the 2011 Atlantic Sun Coach of the Year as her squad set school records for home runs, earned run average, shutouts and fielding percentage. Lehotak left Jacksonville with a school-record 137 wins.

A native of Omaha, Neb., Lehotak played collegiately at the University of Mississippi for two seasons (2000-01) before finishing her career at Nebraska-Omaha (2002-03). She set the single-season hits record in 2001 at Ole Miss and was a third team All-American at UNO with a pair of first team All-North Central Conference selections. Lehotak earned her bachelor's degree in family science from Nebraska-Omaha in 2003.

You just booked "Secret Life of a Staff #NFCA2013"