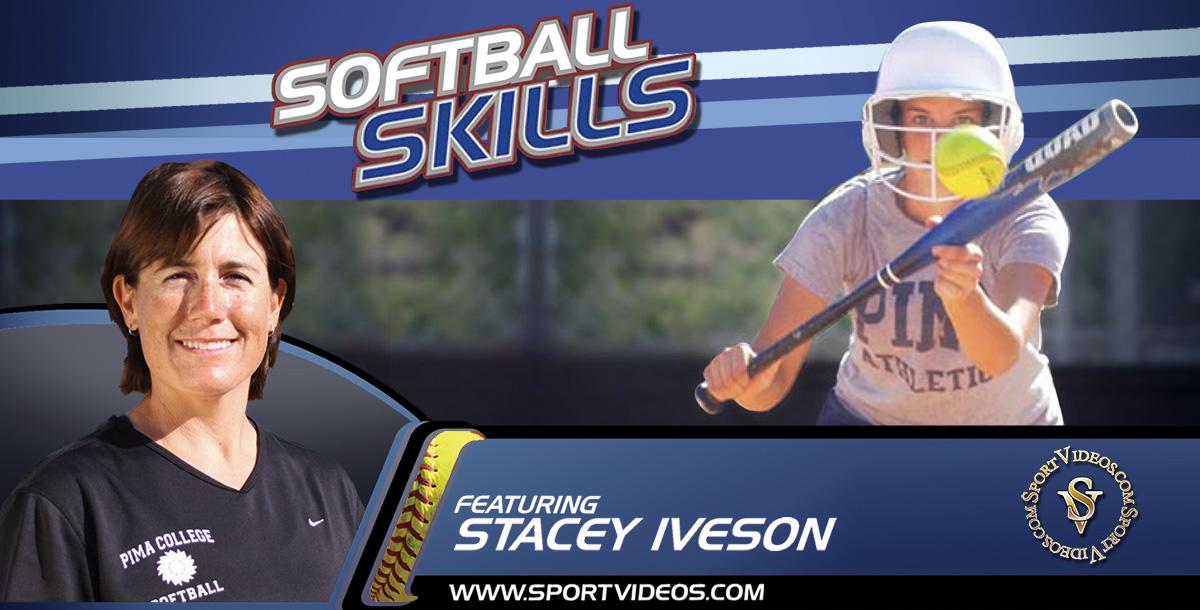 Coach Stacy Iveson explains and demonstrates the essential fundamentals necessary to excel at softball. The program begins with Coach Iveson discussing the important details of proper throwing mechanics. She then teaches and demonstrates numerous skills such as infield and outfield mechanics, catching defense, pitching, bunting, hitting, baserunning and sliding. The techniques in this video have been instrumental in helping to create successful players at all levels!

Stacy Iveson is a Four-time junior college national-champion (NJCAA) coach. She was the head coach at Pima Community College in Tucson, Arizona (2 NJCAA titles) and Yavapai College in Prescott, AZ (2 NJCAA titles). Iveson has spent the last several years as an assistant coach to Mike Candrea at the University of Arizona. She has also been a member of the USA Softball coaching pool for several years. During her playing career, Iveson was a four year Arizona letter winner and starting catcher. She played on Candrea’s first four teams at UA from 1986 to 1989.

How to Throw a Softball by Jim Stricchiola
Views: 4841
FREE