Taking Over a New Program: A New State of Mind - Shawn Rychcik 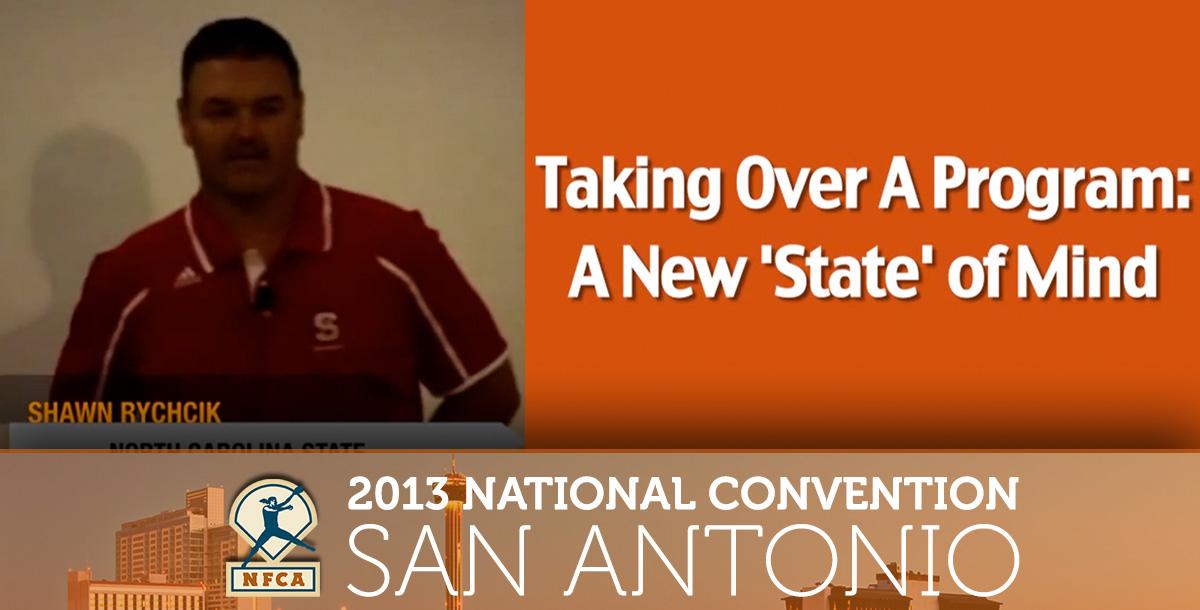 Taking Over a Program: A New 'State' of Mind

In his initial season with the NC State Wolfpack softball team, head coach Shawn Rychcik led the squad to the 2013 ACC Championship title - becoming the first head coach in the history of the conference to do so in his/her first season.

Throughout his playing and coaching career, Rychcik has produced champions and championships.

In his 10 years as a collegiate coach - two as an assistant and eight as a head coach - Rychcik helped Boston University win four America East Tournament championships and four regular-season championships and led the Terriers to four NCAA Regionals, including three in the last four seasons.

He's never had a losing season, overall or in conference play, in his nine seasons as a head coach.

Rychcik's success at Boston University paved the way for his selection as one of 14 members of the U.S. national team coaching pool. From 2009-12, he worked with the national team, including many players who helped the United States win a silver medal in the 2008 Beijing Olympics.

As a player, Rychcik was a power-hitting outfielder and first baseman. He was named to the ISC All-World Team 10 times and was the Most Valuable Player of the 1999 ASA championships, after driving in a record 15 RBIs in five games.

Rychcik graduated from Gannon University in 1991 with a degree in physical education/sports management.

You just booked "Taking Over a New Program: A New State of Mind - Shawn Rychcik"