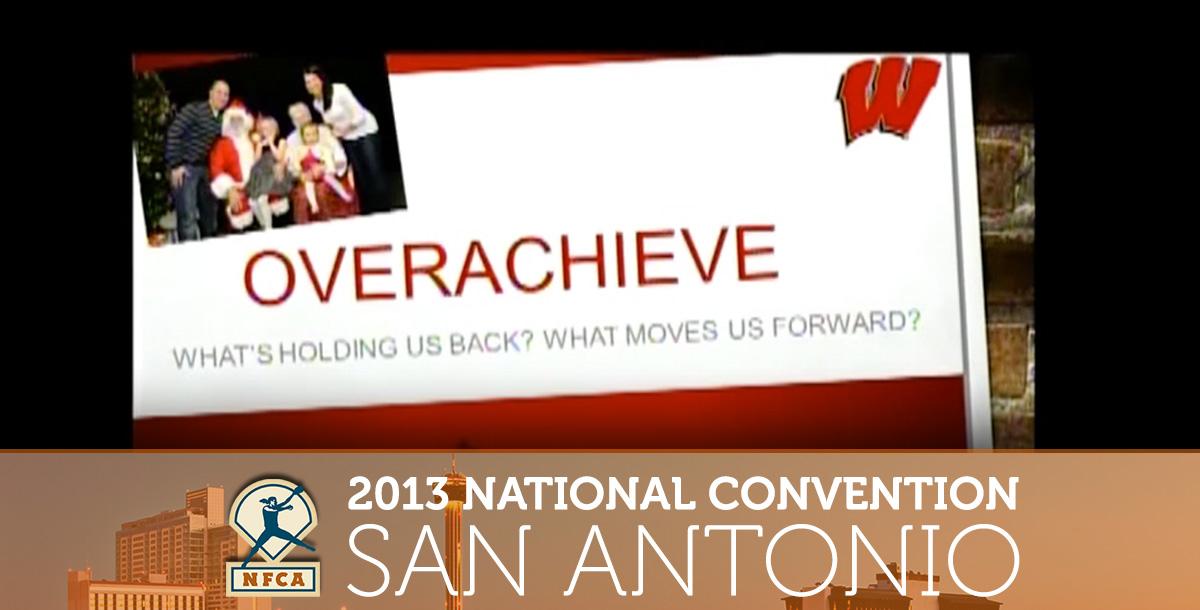 Teach, Inspire & Connect to Your Players Through Books & Articles

1 Teach, Inspire & Connect to Your Players Through Books & Articles 0:00

Yvette Healy concluded her third season as head coach at Wisconsin in 2013 by leading her squad to a school record 44 wins, including 16 Big Ten victories, the most ever at UW. It marked the Badgers' third-consecutive 30-plus-win season under Healy.

Before UW she was in charge of the Loyola (Ill.) University program during the 2005-2010 seasons, leading it to a top-four conference finish in every season she was at the helm.

She took over as head coach at Loyola in July of 2004 after spending two years as an assistant at her alma mater, DePaul. While with the Blue Demons, Healy coached five All-Americans as the team won the Conference USA title in 2003 and 2004 to make the NCAA tournament.

A two time All-American and three-time Academic All-American as a player, Healy ranks second on the DePaul single-season chart with a .424 batting average and is the school's all-time leader with 102 stolen bases. In her senior campaign in 1999, Healy led the Blue Demons to a school-record 54 victories, an NCAA Regional Championship and the College World Series as the team wrapped up the year ranked third in the nation. She earned All-Mideast Region honors on three occasions as well.

Prior to her collegiate coaching career, she worked for the Chicago Bulls and Chicago White Sox Academy as Director of Marketing. She also served as head softball coach at Providence High School.