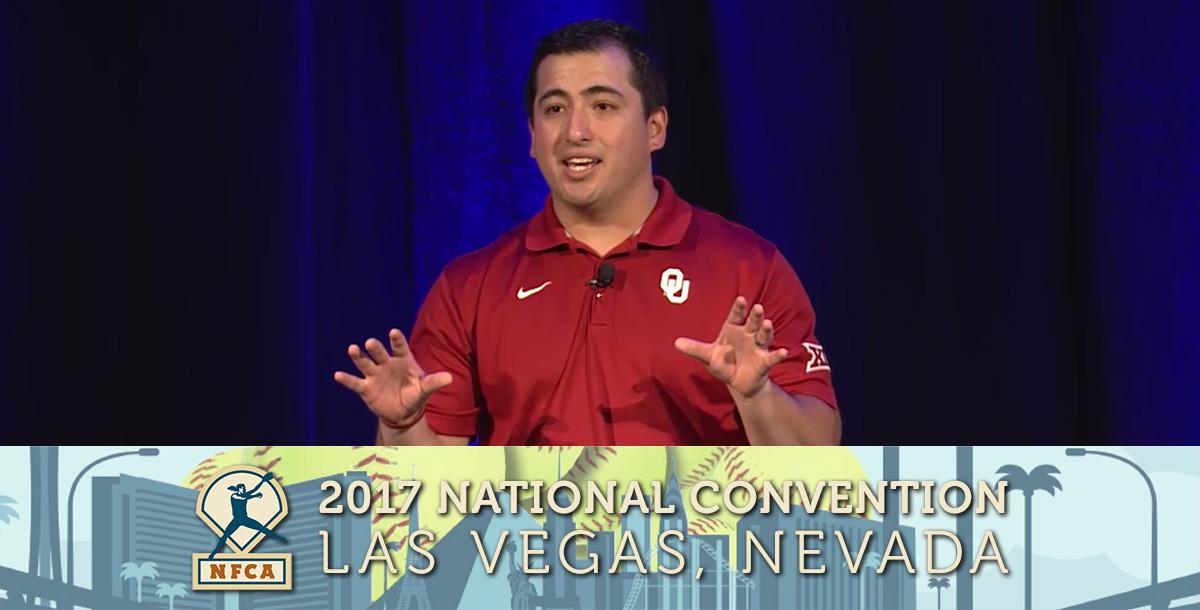 JT Gasso has spent the past two seasons as Oklahoma's assistant coach. His primary responsibilities are focused on working with OU's outfielders and the Sooner offense.

His first two seasons in Norman couldn't have gone any better as the Sooners won both the 2016 and 2017 national championships. He and the OU staff were named the NFCA National Coaching Staff of the Year for their efforts in 2016 and 2017.

Sophomores Caleigh Clifton and Shay Knighten were each named second-team All-Americans, while Knighten was the Big 12 Player of the Year and Nicole Mendes was tabbed Big 12 Freshman of the Year. Along with Clifton, Knighten and Mendes, Falepolima Aviu, Nicole Pendley and Sydney Romero were given All-Region honors.

Senior Erin Miller was named a second team All-American and became the first outfielder in league history to be named Big 12 Player of the Year. Shay Knighten was also tabbed a second-team All-American as she took home Big 12 Freshman of the Year honors. In addition, to Miller and Knighten, Kelsey Arnold, Caleigh Clifton, Lea Wodach, Sydney Romero and Fale Aviu all earned All-Region honors.

The team's batting average of .351 and hit total of 631 ranked second in both OU and Big 12 history; the 631 hits were 16th most in NCAA history. The offense posted the third most doubles (100) and total bases (967) in school history; the doubles total also third most in Big 12 annals. The on-base percentage of .427 ranked fourth in school and Big 12 annals, while the slugging percentage of .538, 435 runs scored, 183 extra-base hits and 14 sac flies were fifth highest in OU single season history; the runs scored ranked fifth in Big 12 history and slugging was eighth highest. OU also hit 70 home runs and walked 208 times, ranking 10th in school annals in each.

From Weapons to Tools: A Modern Approach to Student-Athlete Surveys with Matt Davidson P.h.D., and Jessica Allister by National Fastpitch Coaches Association
Views: 2219
$5