Softball / Catching Send as a gift! 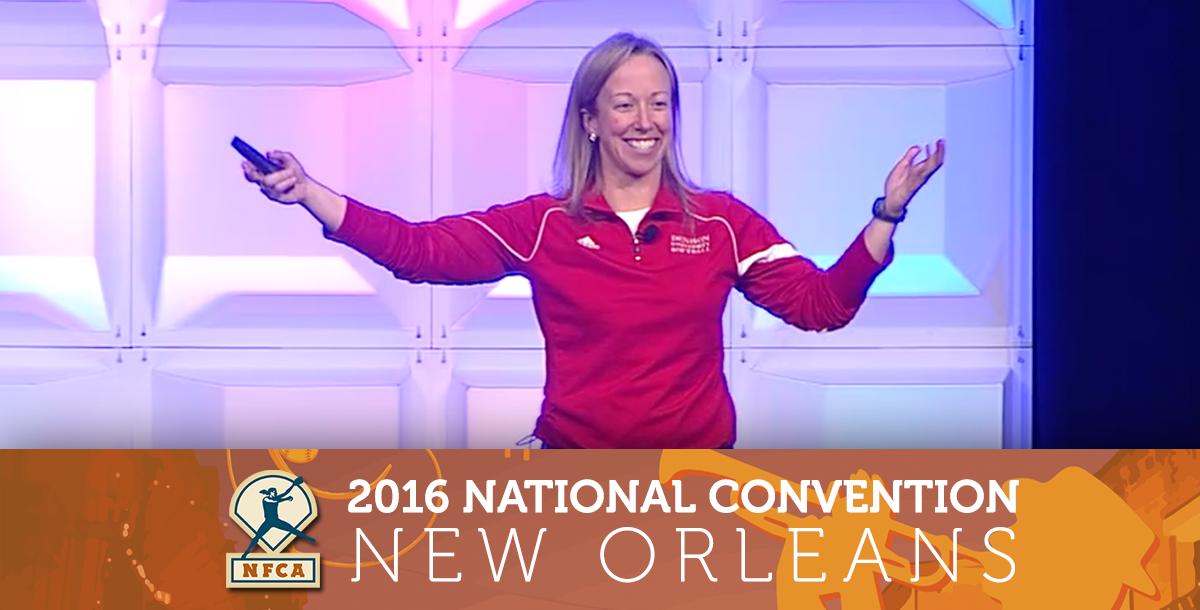 The Hidden Influences of Catching

Tiffany Ozbun returns for her 10th season as the head softball coach at Denison University in 2017.  Ozbun is the program's all-time leader in victories with a career record of 223-139.

Last season the Big Red were 22-16 and advanced to the NCAC Tournament with an 11-5 conference record.  Sarah Herold and Amanda Howell were named all-region and Kerry Hager and Lauren Secaras were first-team all-conference selections.

Forty players have earned all-conference honors under Ozbun and 13 players have been named to the All-Central Region team.

Prior to her arrival at Denison, Ozbun spent three seasons as an assistant coach at Manchester College where she was responsible for pitcher/catcher development and the team's strength and conditioning program. She aided in the development of numerous all-conference and all-region athletes and in the fall of 2005 stepped in as the interim head coach/senior women's administrator at Manchester. Ozbun also served as an instructor in the Exercise and Sport Science department.

Prior to returning to Manchester, Ozbun spent three seasons at the University of Louisville where she earned a master of science in sport administration. While at Louisville, Ozbun worked primarily with catchers and defense while assisting in the development of numerous all-region and all-conference players, including the Cardinals' first All-American. In 2004, Louisville earned the program's first NCAA Tournament bid. That year, the Cardinals also set a Conference USA record for wins in a season (41).

As a player, Ozbun was a four-year letter winner and three-year co-captain for the Spartans. She led Manchester to the 2001 Heartland Collegiate Athletic Conference championship and was named the team's most valuable player. She was the recipient of Manchester's Betty Clark Memorial award for her outstanding scholarship, athletic achievement, leadership and service and was a member of the Manchester Directors Council and the Manchester Faculty Athletic Committee.

Getting the Most Out of Your Catchers with Caty Reeves by National Fastpitch Coaches Association
Views: 907
(1) $5