The Power of Empowerment - Patty Gasso 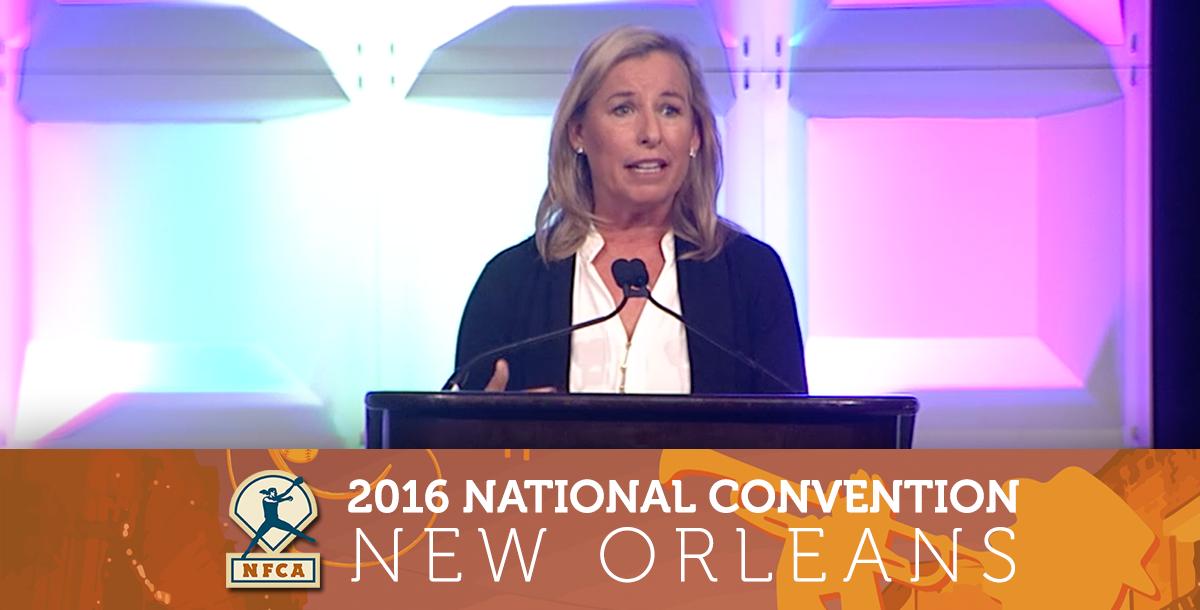 The Power of Empowerment

Having recently completed her 22nd season at the University of Oklahoma, NFCA Hall of Fame head coach Patty Gasso has molded the OU softball program into a national power and permanently placed herself among the elite college softball coaches in the country. Oklahoma is one of just three programs in NCAA history to win three national titles, doing so in 2000, 2013 and most recently in 2016. She's reached the Women's College World Series 10 times during her tenure, and in the process, advanced to the postseason in each one of her 22 seasons

She has won more Big 12 games (290-84; .775) than any coach in the league’s history and has more than twice as many overall wins as any other coach in OU history. OU has claimed nine Big 12 regular season, including an unprecedented five straight since the 2012 season, and four championship titles under her direction. Gasso’s Sooner teams have finished second or higher 17 different times in the 21 years since the inception of the Big 12 in 1996.

Numerous Sooner players have prospered under Gasso’s tutelage and garnered national, regional and conference recognition. Keilani Ricketts was the two-time USA Softball National Player of the Year in 2012 and 2013, becoming just the third player in history to win more than once. Gasso has also directed 50 All-Americans, 118 All-Region honors and 85 first-team all-conference selections.

The OU softball success under Gasso has also spilled over into the classroom where the Sooners have been honored with 115 academic all-conference honors. Nine of those have gone on to become Academic All-Americans, including Lana Moran, the 2000 Academic All-American of the Year.

Gasso's career with the Sooners began in 1995 when she arrived at OU after five successful years at Long Beach City College. Her accomplishments during her tenure at LBCC and since led to Gasso being named to the LBCC Hall of Champions in 2004. Later during the 2004 summer, Gasso was inducted into the inaugural class of the Long Beach City Baseball and Softball Hall of Fame. Gasso was also inducted into the El Camino City College Hall of Fame in 2000.

You just booked "The Power of Empowerment - Patty Gasso"