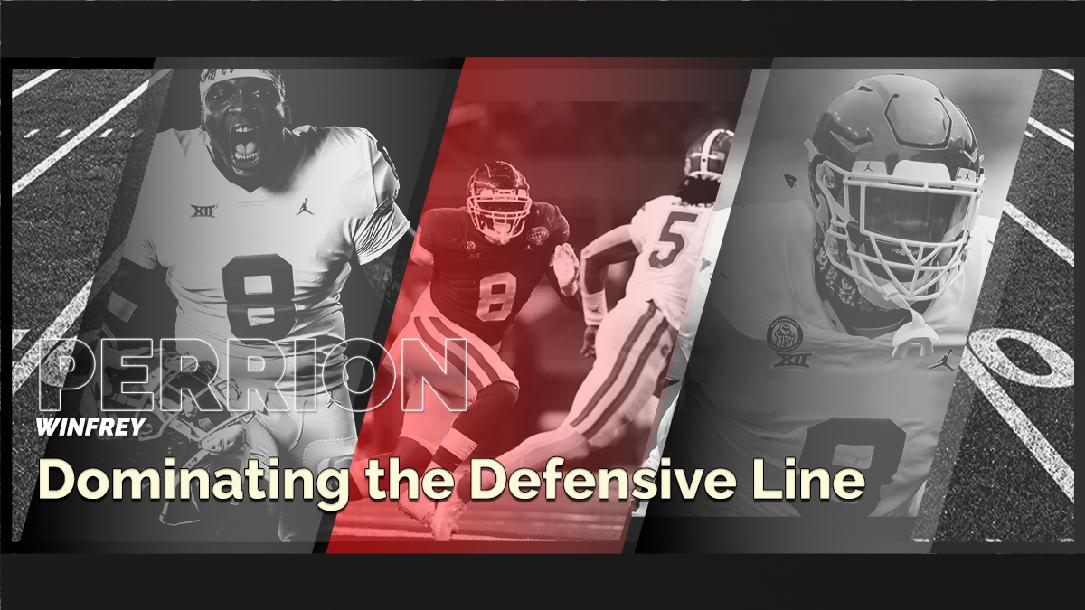 Having trouble getting after the quarterback? Need work on becoming a dominant run stopper? Look no further, it's time to become a beast on the defensive line!

In this course, I will go over all of the techniques that I work on a daily basis to be an all-round defensive lineman that can play on all 4 downs. We will cover:

If you want to be sound in all techniques on the defensive side of the line, the join me, and check out this course!

Introduction
1 Welcome to my Course 0:09
PASS RUSH
2 Explosive Movements to GET OFF the Ball 3:31 3 Perfecting the Pass Rush with Different Techniques 5:21
TURNOVERS
4 Take the Ball Away to Help WIN Games 3:54
RUN STOPPING
5 Shed Blocks to Become an ELITE Run Stopper 6:43 6 Reading the Offense to Tie All your Moves Together 3:03
Insight from Perrion
7 Life and Football Balance 0:55 8 Process of Choosing a School 0:41 9 Consistent Work Ethic 1:08 10 Nutrition is the Key to Success 0:49 11 Preparation the Week of a Game 1:22 12 Using my Past to Motivate me 0:48

Perrion Winfrey is a Senior defensive lineman for the Oklahoma Sooners. Winfrey started his career at Lake Park High School in Maywood, Illinois before attending Iowa Western Community College. While at Iowa Western, Rivals and 247sports had Winfrey as a 4-star college recruit and was labeled as the number one JUCO recruit in the country by 247sports and ESPN.  in 2020, Perrion was a second-team All-Big 12 selection and played in all 11 games.  He finished the season with 19 total tackles, 6 tackles for loss, 1 half-sack, and 3 pass deflections.  Winfrey will be a key contributor on the defensive line for the Sooners in the 2021 season.

You just booked "Dominate the Defensive Line with Perrion Winfrey"