Student Athletes / Track and Field Send as a gift!

Dominating the Hurdles with Trey Cunningham 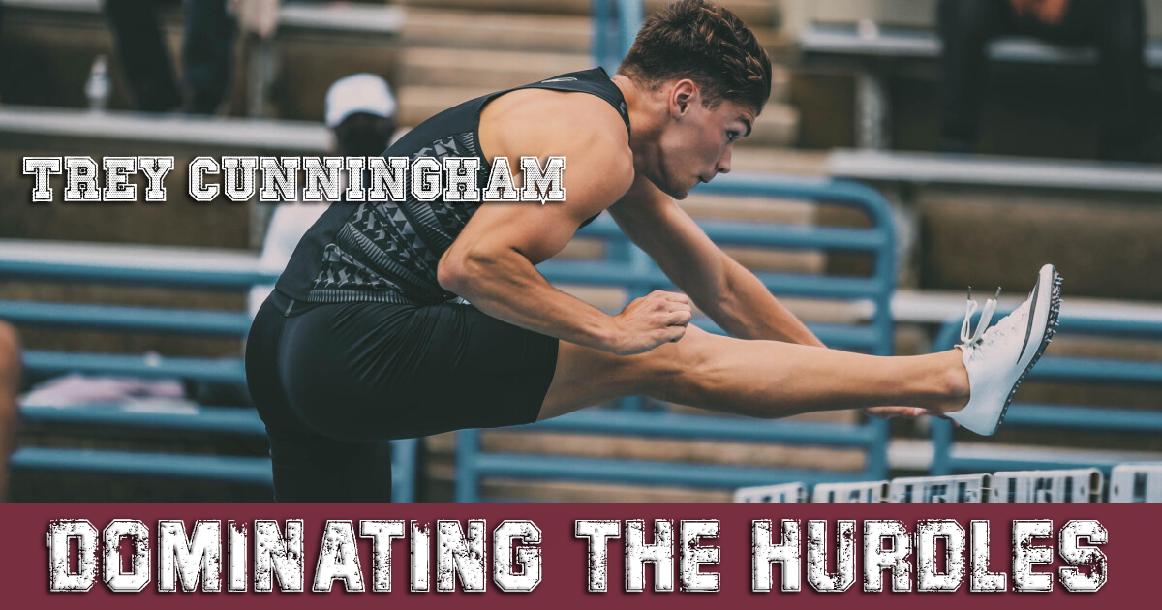 Do you struggle to find your flow when running between hurdles? Do you excel in one area of the race but are being slowed down by other areas? If so then you need to check out my course.

In this course, you will learn the A to Z of how to maximize your performance in the hurdles. We will cover:

If you want to knock time off your hurdles race, then you need to buy this course.

Running Mechanics
1 Take a Step Back and Learn the Correct Mechanics for Running the Hurdles 3:01 2 Learn to Apply your Force onto the Ground to Keep at 12 and 6 1:53
Dominate off the Gun
3 Perfect your Block Start to get off to a Dominant Start 2:58 4 Optimal Step Count and Approach to Bound over the First Hurdle 2:38
Hurdling Technique
5 Simple Technique to Allow you to Step over the Hurdle Without Breaking Stride 2:29 6 Expert Tips to Alter your Hurdling Technique for Success 2:22
Ground Game
7 Increase your Speed and Flow in Between the Hurdles 1:59 8 Managing your Mental Game to Channel your Energy into the Race 2:57
Insight from Trey Cunningham
9 Focusing on Your Mental Game 0:44 10 Preparation for a Meet 0:31 11 Importance of Hip Strength 0:39 12 Building Confidence is KEY for a young Hurdler 0:48 13 Getting Over a Bad Start 0:51 14 Being a Student before and Athlete 0:35 15 Why I love Hurdling 0:27 16 My Favorite Places to Run 0:55 17 Tips and Tricks to become a Faster Hurdler 0:53

Trey Cunningham, spent the entirety of his seasons on the watch list as a contender for The 2020 and 2021 Bowerman, college track and fields highest honor. For the 2020 indoor season, he was also one of three finalists in the USTFCCCA Indoor Mens Track Performer of the Year. Cunningham is a top-ranked 60m and 110m hurdler and has already earned three first-team All-American honors.

Cunningham is the most accomplished high school hurdler to ever sign with the Florida State Seminoles. He broke the U20 World Record twice in the 60-meter hurdles, running a 7.40 at the 2017 New Balance Indoor National Championship. Cunningham, a versatile athlete, dominated in the sprints from 60m to 400m, competed in both the long and triple jump, played basketball for three years, and ran cross country for two years. He won 24 state championships in Alabama for his high school in Winfield City, including 20 individual titles. Finishing his high school career, Cunningham had personal-bests of 6.78 in the 60m dash, 10.76 in the 100m, 13.35 in the 110 hurdles, 38.34 in the 300 hurdles, and had a jump of 23'4" in the long jump.

You just booked "Dominating the Hurdles with Trey Cunningham"