Difference in Focus between 100 Hurdles & 110 Hurdles 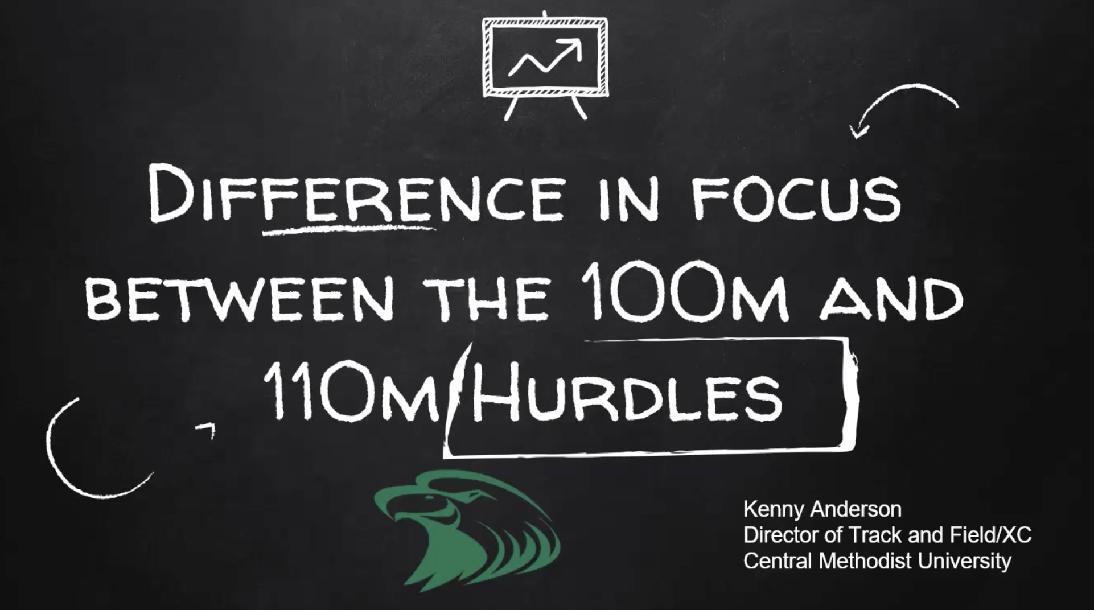 Although 100 hurdles and 110 hurdles might be similar in distance, it's the small details and preparation that make a big difference. The 110-meter race includes 10 hurdles spaced 10 yards apart, 42 inches high. While the 100-meter race has approximately 9 yards of space. This means strides, leg takeoffs, and rhythm must change.

In this course, Coach Kenny Anderson highlights the different focus points of the 100 hurdles and the 110 hurdles. He discusses the importance of motion in each leg and hurdle development. Coach Anderson walks us through drills and exercises that help elevate the performance of athletes in their events.

Simply click the ‘Book This Course’ button at the top right of this page, place your order, and you’ll immediately be logged into the training with full access. Take a look at Coach Anderson's specialized training for both 100 & 110 hurdles!

Kenny Anderson enters his second season as the Director of Track & Field/Cross Country in 2021-22. The 2020-21 season saw both the men’s and women’s track & field programs soar to new heights, with numerous student-athletes collecting All-American, All-Region, and All-Conference accolades under Anderson’s direction.

During the indoor season, the women’s program garnered its highest finish since the conference expanded to 14 schools in 2015 with a runner-up finish. Anderson guided freshman Kailey “KJ’ Johnson to a new school record in the 60m dash (7.83) and a conference championship in the 60-meter hurdles. Johnson finished as the highest point scorer at the Heart Indoor Championships and was honored as the Heart Women's Indoor Track Athlete of the Meet. For his accomplishments, Coach Anderson was named the Heart Women’s Indoor Coach of the Year.

On the men’s side under Anderson’s tutelage, Senior thrower Taylor Bottomley broke school records in both the shotput (16.82m) and the weight throw (19.03m). Bottomley was named the Heart Men's Indoor Field Athlete of the Meet as well as the USTFCCCA South Central Men’s Field Athlete of the Year. Anderson also guided the quartet of Nehemiah Colyer, Jacob Fritz, Curtis Johns, and Mohammed Nyaoga, to a fourth-place finish in the 4x400 meter relays at the NAIA Indoor National Championship.

NEW!
Teaching the Block Start to Hurdle One in Both Events by Jamie West
Views: 75
$19.99

You just booked "Difference in Focus between 100 Hurdles & 110 Hurdles"