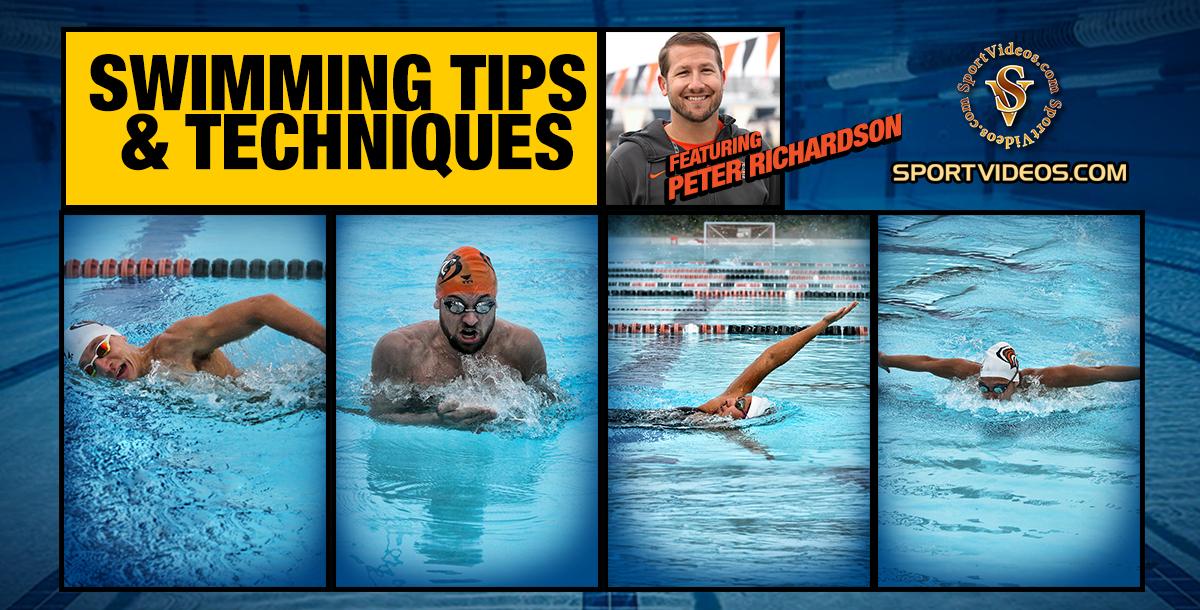 Learn numerous components, drills and techniques necessary to excel at competitive swimming. Coach Peter Richardson explains in detail the various drills and their purpose. All four strokes are demonstrated: freestyle, breaststroke, butterfly and backstroke. Tips and techniques for swimming turns are also presented in this comprehensive video. This program is an invaluable resource for swimmers and coaches. 79 minutes.

Peter Richardson was named as the University of Pacific Tigers' Men's and Women's Swimming Head Coach in 2012. Each season, Richardson leads the Tigers throughout the very competitive Mountain Pacific Sports Federation (MPSF) conference. The Tigers have sent eight swimmers to the U.S. Olympic Trials under Richardson. Prior to Pacific, Richardson had been the head swimming coach at Fresno Pacific University where the men's swimming program won back to back NAIA National Championships (2010 and 2011), while the women's team won the National Championship in 2012. Richardson's FPU swimmers have won 31 individual national championships and 18 championship relays while setting 24 NAIA national records.