Tennis / Footwork Send as a gift!

Footwork Solutions Part 1 - Baseline Side to Side 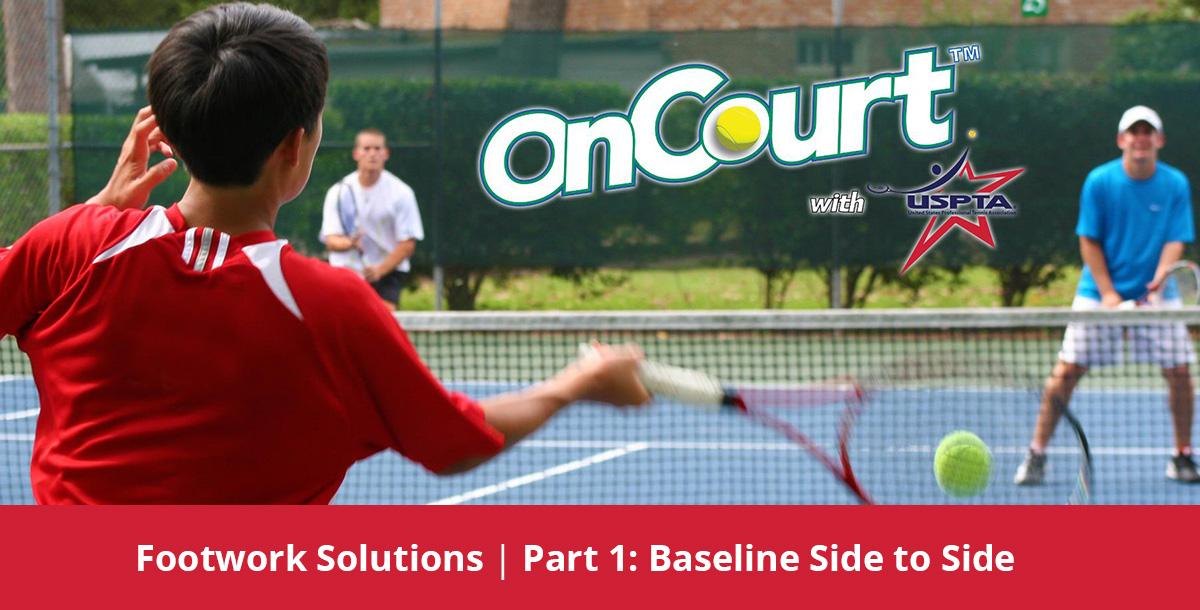 Footwork in an extremely important part of tennis as your feet and legs are instrumental in getting you to the ball and allowing you to recover.

In this "On Court with USPTA" mini-series, USPTA Master Professional Lorenzo Beltrame Covers footwork in all areas of the court, both at the baseline and at the net, with this first part focusing on side to side movement at the baseline, when out wide and when you're running off the court to stay in the point. Learn the most efficient way to recover back to your ready position after hitting and watch as Lorenzo puts his students through drills and helps them improve their technique.

If you want to move like a pro, you can't afford to miss this!

Lorenzo Beltrame has been involved in sport all his life, first as a top ranked junior tennis player, then as a professional player and ultimately as a coach.  Throughout his coaching career, he has worked with dozens of ATP and WTA touring professionals including Jim Courier and Pete Sampras. He has traveled extensively coaching players in major professional events including the four Grand Slams, Davis Cup, and Hopman Cup.

Lorenzo has learned and applied Dr. Loehr’s mental training system to a variety of sports for nearly a decade. He specializes in both team and individual applications. He is responsible for the Mental Toughness Certification Program at the Johnson & Johnson Human Performance Institute and has helped to design and implement critical components of that training.

Lorenzo is featured as guest instructor on five instructional DVD shows produced by the United States Professional Tennis Association, Mastering the Dirt- Playing on Clay and the award-winning Tennis - In the Balance, a 3 DVD series on movement and footwork solutions. The shows are part of the ‘On Court with USPTA’ series and frequently air on The Tennis Channel. Lorenzo is a regular contributor for USTA’s Florida Tennis Magazine and has spoken at regional, national, and international coaching conventions.

Lorenzo is a registered coach of the WTA Tour, holds both the USPTA Master Professional and PTR Professional certifications , and is certified as Maestro by the Italian Tennis Federation. He is also an ACE certified personal trainer, and a USTA specialist in competitive player development. He was awarded the Coach of the Year and “Doc” Counsilman Science Award by the United States Olympic Committee.

You just booked "Footwork Solutions Part 1 - Baseline Side to Side"