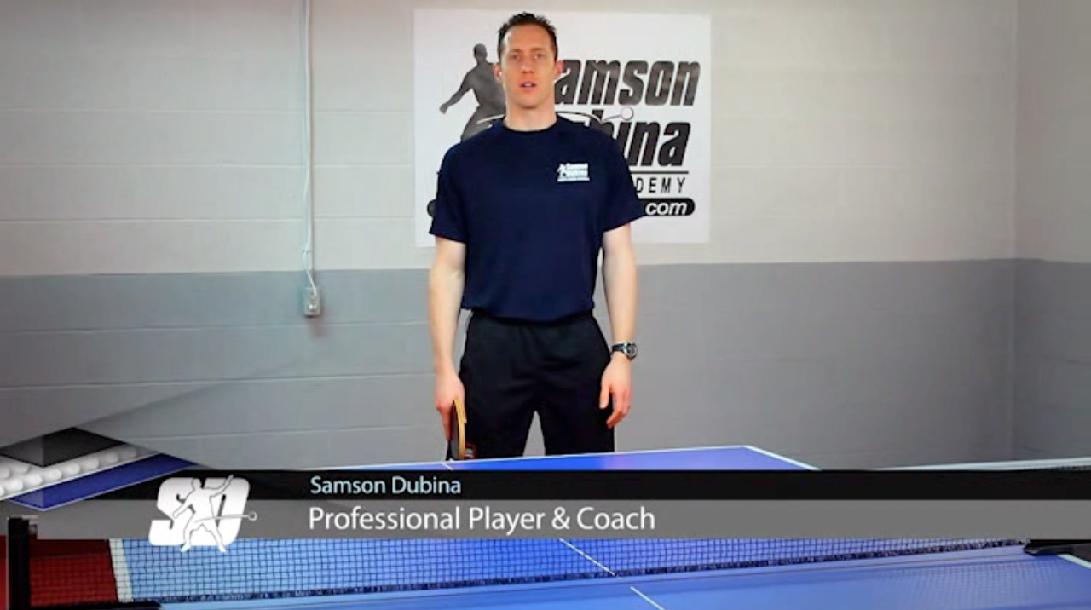 Samson shares 19 years of knowledge that he has learned from 40 different coaches while traveling to Europe, Asia, and throughout North America. During the 2 hour 17 minute coaching course, Samson explains each professional skill in a simple, step-by-step approach that you can be understood by all ages and all levels. Topics include - advanced footwork, drills, strokes, serve, serve return, looping, flipping, game strategy, training routines, mental strategies, and much more.

Coach Samson Dubina is a US National Team Coach and recently was named at the USATT Technology Coach of the Year So how did he start.... Samson started table tennis at age 12 in Canton, Ohio at a local church then progressed to the Canton Table Tennis Club at the YWCA. Four years later, his game saw huge improvements under the instruction of coach Carl Hardin. He then continued sharpening his skills as a training partner for the Olympic team of Canada from 2004-2007. In recent years, Samson has achieved many titles while traveling to Europe, Asia, and throughout North America competing in nearly 400 tournaments over the last 20 years. Currently Samson is training, competing in tournaments, coaching the top players in the state of Ohio, and is now coaching the top players in America as a US National Team Coach.