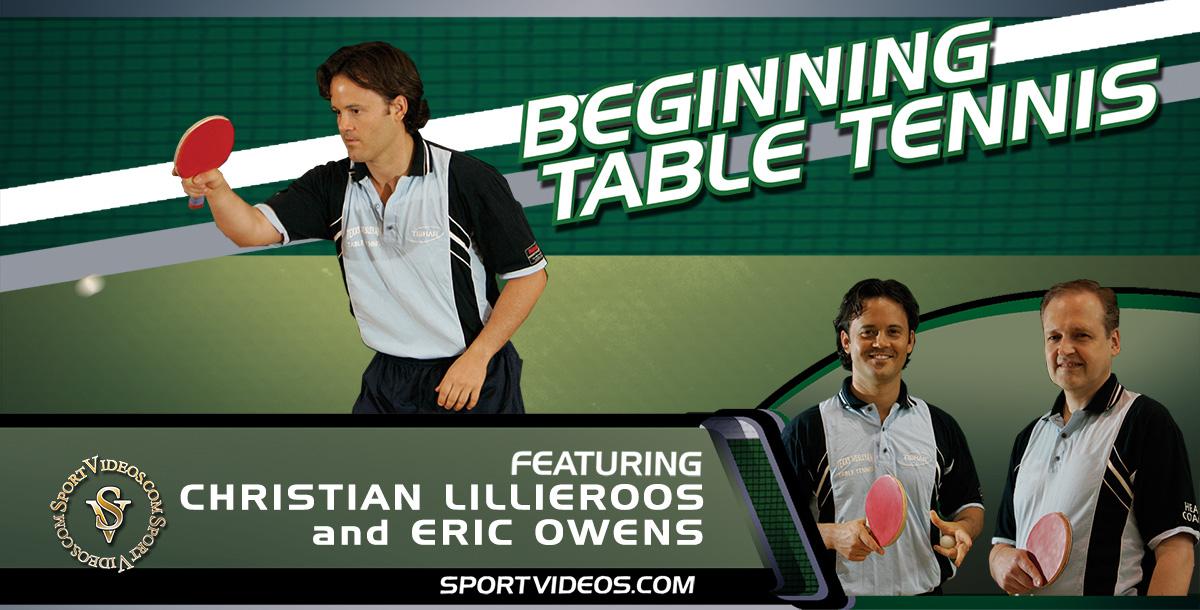 This comprehensive program teaches essential table tennis skills and strategies for beginning level players. Christian Lillieroos and Eric Owens provide students with a wealth of important tips to establish a solid foundation and significantly improve their skills. Among the topics covered are: grip, off table drills, games for large groups, timing, technique, serve, serve return and the rules and strategies for doubles and singles. This video is a great resource for new players and has more than enough detail to be beneficial for experienced players or coaches.

Christian Lillieroos is the former coach at Texas Wesleyan University. He is certified by USA Table Tennis as a National Coach. He was nominated USATT Coach of the Year for 1997 and 2002. Christian was the Head Coach for the Men’s and Women’s Team of Mexico for 4 years and has coached 7 World Champions.