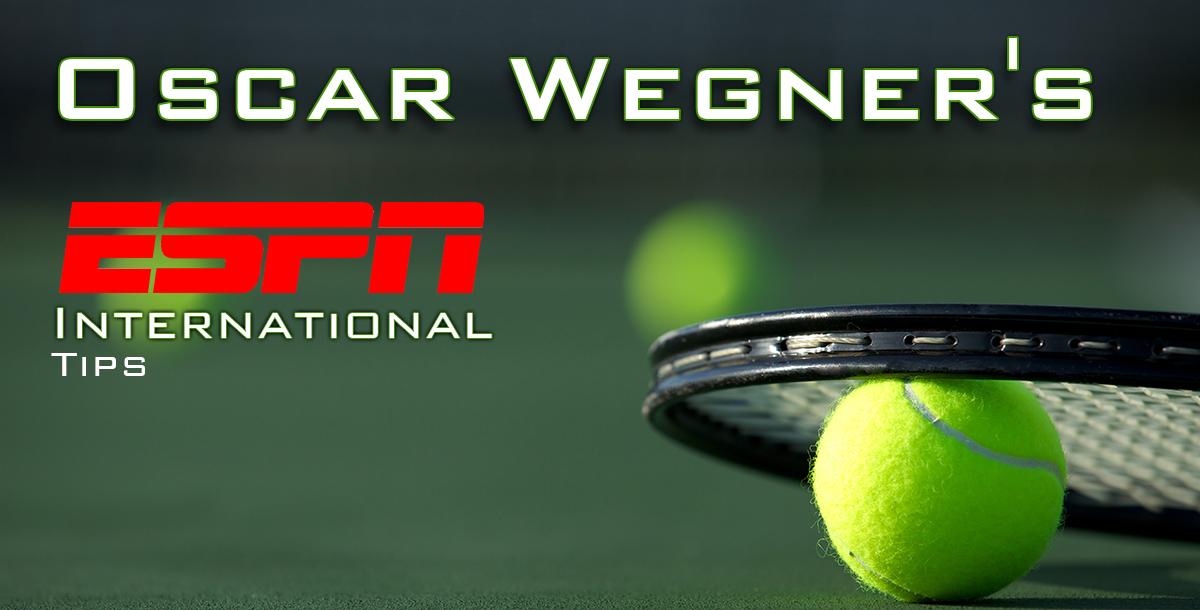 Wegner's  instructional tips were broadcast by ESPN International for 2 years and four months from five to 20 times a day in more than 150 countries around the world in English and Spanish, including airings during two Super Bowl football games, NBA Finals with Michael Jordan, Stanley Cup Finals, US Open Golf and all tennis broadcasts, generating more than 10 billions impressions on televisions worldwide. except the USA, where they were never broadcast.

Tennis has been thought to be, prior to that, a difficult sport to learn.   The main reason for this difficulty has been the complicated teaching style, aggravated by the idea that you have to move and position yourself in very peculiar, unnatural ways.

Only now, with the advent of Oscar's Modern Tennis Methodology and very responsive racquets and strings, both producing higher ball speeds and spins, it is becoming increasingly known that it is imperative to act as natural and efficiently as possible.

Once you master the natural fundamentals of modern tennis this beautiful sport becomes easier and simpler.

The complications go overboard and you are left with the simplicity and realities of a new state, in which you have more time than you ever had. It  now is increasingly easier to play the game.

OSCAR WEGNER was light-years ahead of the tennis industry when he was coaching open stance, stalking the ball in front, hitting up and across, lifting the body, heavy topspin and more at Spain's Tennis Federation School in Barcelona in 1973 and in Florianopolis, Brazil in the 1980's.

OSCAR published his first book, “Tennis in 2 Hours" in 1989, which immediately became popular with coaches in Eastern Europe, from Moscow to Belgrade.

OSCAR'S innovative teachings received further exposure for 4 years on "THE NEW TENNIS MAGAZINE" TV show in the early 1990's, leading Richard Williams to test these tenets with his daughters, future world champions Venus and Serena. Meanwhile, Brazilian Gustavo Kuerten, who had started with these techniques as a 5 year old, became world champion in the year 2000 and three-time French Open winner.

From 1997 through 1999 ESPN International promoted OSCAR'S 40 revolutionary "PLAY LIKE THE PROS" tips in English and Spanish to their entire network of over 150 countries, leading to more successes around the world, receiving, in two and a half years of daily exposure, more than 10 billion impressions.

In the 2,000s Oscar published more revolutionary books and DVDs, culminating with the :TENNIS INTO THE FUTURE"  DVD Series, published in 2010.

Today Oscar continues to share his latest insights into modern tennis with blog articles and video tips, and a new book to be published in 2015. He also teaches players and coaches privately in Clearwater, Florida.

Test these revolutionary techniques against the more generally accepted advice of "racket back early", "close your stance", "step into the ball", "hit through the ball towards the target" and decide for yourself what works best.

You be the judge.

The best tennis instructor ever. Period.

No.1 Coach thank's for a mazing course

Wegner's instructional tips were broadcast by ESPN International for 2 years and four months from five to 20 times a day in more than 150 countries around the world in English and Spanish, including airings during two Super Bowl football games, NBA Finals with Michael Jordan, Stanley Cup Finals, US Open Golf and all tennis broadcasts, generating more than 10 billions impressions on televisions ...