Todays Game: Know Your Runways with The Zones 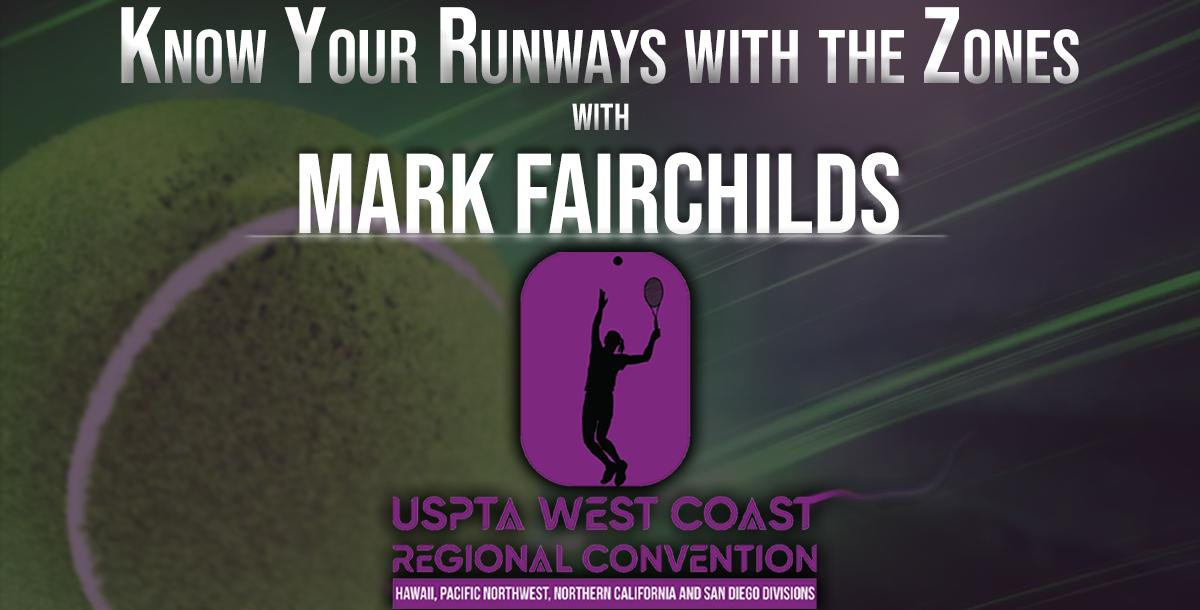 The seminar Today's Game: Know Your Runways With The Zones is a different, new approach to teaching lessons for students who are ready to play singles or doubles matches.  A visual, exciting way to have your student improve quicker.

1 Know Your Runways with The Zones Replay 1:05:24 2 Certificate Information

Mark Fairchilds is the current Director of Tennis at Laguna Creek Sports Club. He is a three-time USTA NorCal Men’s Open Player of the Year award winner with over 100 NorCal Open titles in his career.  He is a member of the Head Advisory Staff and has spoken at a variety of conferences throughout the country including the USPTA World Conference a number of times. Mark is former USPTA NorCal President and a two-time USPTA NorCal Pro of the Year.  His Laguna Creek USTA Coed Advanced Junior Teams finished third in the country in both Coed 18’s and Coed 14’s in 2019 and won the USTA Coed 18’s Intermediate National Team Championships in 2017.  The Laguna Creek Sports Club is a two-time USTA NorCal Junior Team Tennis Program of the Year and was the USTA NorCal Adult League Facility of the Year in 2019.  Mark was elected to the USTA NorCal Hall of Fame in 2008.

You just booked "Todays Game: Know Your Runways with The Zones"