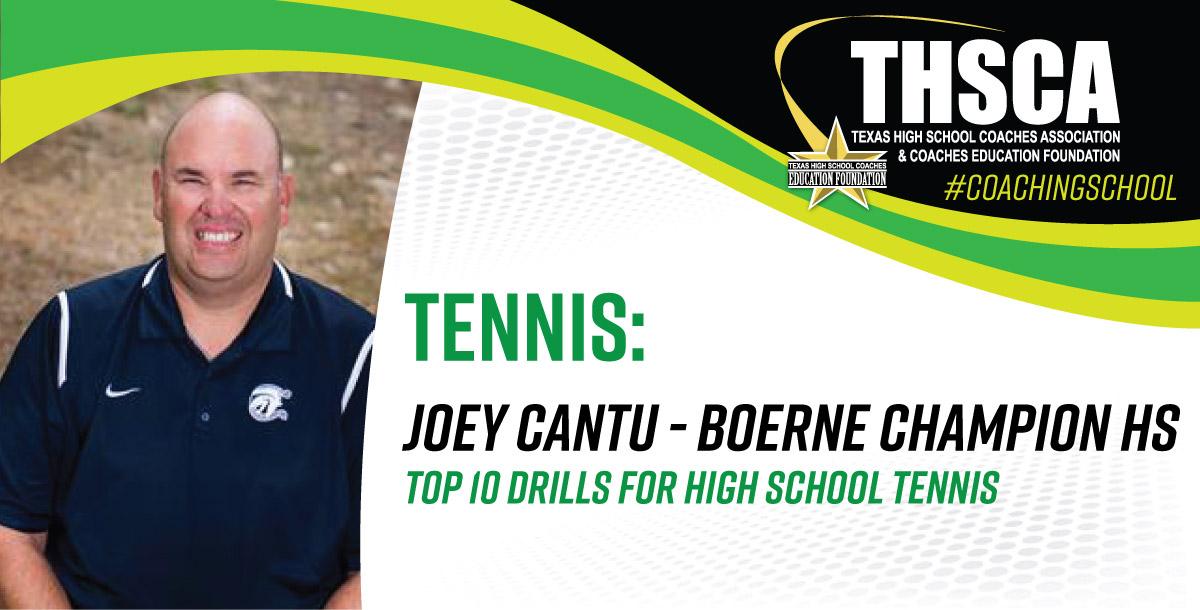 Originally from Pearsall, TX. Coach Joey Cantu has been a Head Tennis Coach at Boerne ISD for the past 20 years. He started at Boerne High school in 2001. In 2008, Coach Cantu opened up Champion High school. Since then he has appeared in the State Team Tournament in 5A four times. Three of those times finishing 2nd in state. Coach Cantu has many District championships and Regional tournament appearances. He is also a father of 2 girls and his wife Kristin is his assistant coach.