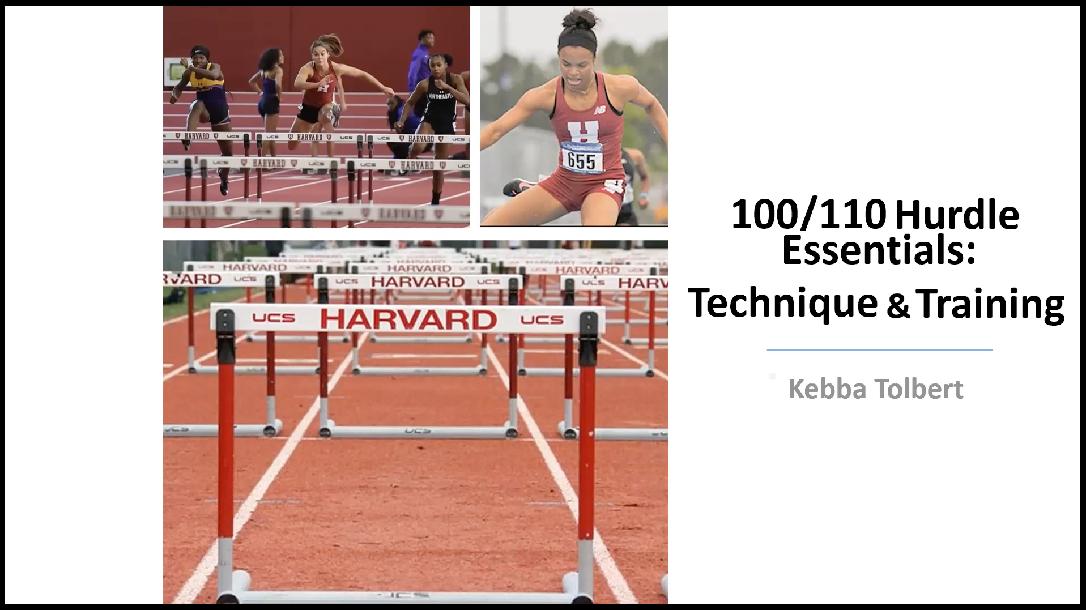 Do you need some help understanding how to coach and train for the hurdles? Well, you've come to the right place! In this course, Coach Kebba Tolbert reveals the technique and training style you need to know in order to successfully make your hurdlers better. He breaks down everything in hurdles from the approach to the landing! He even shows off different training segments that you can use with your hurdlers!

Kebba Tolbert is in his ninth season as the women’s sprints/hurdles and horizontal jumps coach for Harvard in 2019-20 and eighth as associate head coach of the squad.

Tolbert helped guide the team to a No. 1 northeast region ranking throughout the entirety of the 2019-20 indoor season. Tolbert helped Kelisa Cain move into second in the Harvard record books in the 60m while helping Katina Martin move into second in the 200m. First-year Mayi Hughes found her way into the record book, ranking fifth all-time in the triple jump. At Ivy League Heps, Tolbert helped guide Katina Martin to two Ivy League titles, winning the 60m and the 200m. His group contributed a total of 79 points to the team's 126 points at Indoor Heps.

The 2018-19 campaign led to unprecedented success for the squad led by Tolbert. The Colby College alumnus guided junior Simi Fajemisin to Second Team All-America status in the Indoor Triple Jump, placing 14th in the country. Tolbert helped Fajemisin to become the first All-American from Harvard in the event. She also was named the Ivy League Female Athlete of the Year at Indoor Heps, after breaking her own program record. The Crimson women placed first through fifth at the Outdoor Ivy League Heptagonal Championships in the 100m Dash, an unprecedented feat in the history of the Ivy League Heps. Ngozi Musa led the group with an 11.67(5), narrowly edging out Olivia Okoli, who ran an 11.67(8). Then, sisters Tina (11.78) and Katina Martin (11.80) finished in third and fourth, while Kelisa Cain finished fifth in 11.86 seconds. Each sprinter earned All-Ivy League honors. With the win, Musa completed a sweep of the short sprints at Heps, as she captured the Indoor 60m Dash just weeks earlier at the Gordon Indoor Track.